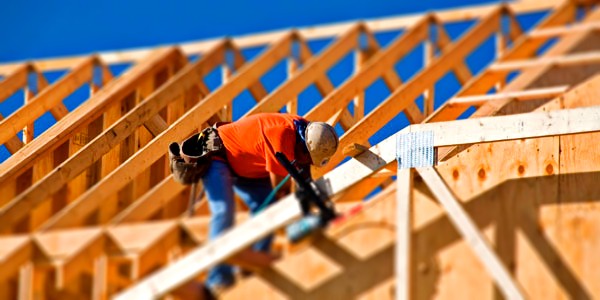 According to the U.S. Commerce Department, construction spending rose for the second consecutive month, up 0.3 percent for the month, with government spending falling while new home construction and commercial construction continue increasing.

Residential construction jumped 2.8 percent in April to an annual rate of $256.1 billion, the highest level in six months. Some suggest this is another sign of stabilization in the housing market. Overall spending is up 7.6 percent above March 2011, when spending hit a 12 year low.

New home sales rose 3.3 percent for the month, hitting its second highest level in two years, but sales remain at half of what economists consider to be healthy levels. Builder confidence has improved in 2012 after several years of borderline pessimism about the market, recently hitting its highest level in five years.

The overall economy and housing

The Commerce Department notes that residential construction added to the economic growth in the first quarter of 2012, which grew at an annual rate of 1.9 percent, but unemployment remains at 8.2 percent, according to the Bureau of Labor and Statistics reporting Friday morning. It is projected that construction spending will continue adding to the economy for the first time in years, but gains are not expected to be dramatic.

Home sales had been basically flat from 2008 through 2011, but National Association of Realtors’ Chief Economist, Dr. Lawrence Yun recently projected that 4.6 to 4.7 million existing-home sales in 2012, up strongly from 4.26 million last year, and additional improvement in 2013 with sales rising to the range of 4.7 to 4.8 million.

Mortgage interest rates are projected to rise gradually and then average 4.9 percent in 2013 – still historically favorable. “The pressure of rising rents on consumer inflation could force the Federal Reserve to raise interest rates in 2014, which might be good for home sales. Refinancing would fall and bank staff would be able to focus more on mortgage origination for home purchases,” Dr. Yun said.