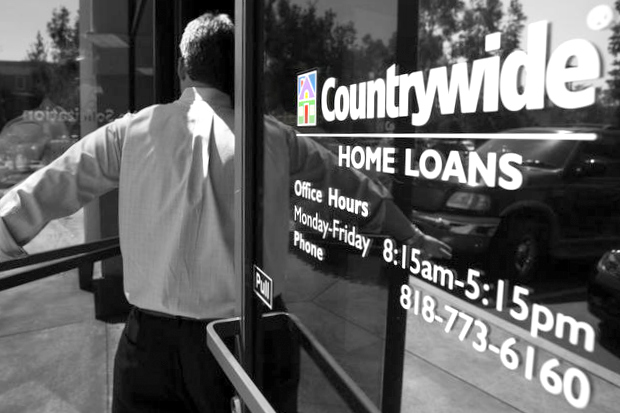 Barely two weeks after Bank of America-owned Countrywide settled with the U.S. Department of Justice for $335 for steering minorities into costlier loans, the largest residential discriminiation settlement in U.S. history, the lender has had another legal setback. Today, the 9th U.S. Circuit Court of Appeals in California ordered Countrywide to face a lawsuit by Victor and Belen Balderas, a Hispanic couple alleging they were pressured to refinance their home without their translator present, and were not allowed to cancel their refinancing as allowed under the federal Truth in Lending Act (TILA), according to Reuters.

In a written opinion, Judge Kozinski said the lower court was wrong to dismiss the complaint. The couple said a Countrywide broker called them out of the blue, pressuring them to switch to a mortgage they could not afford but would allow them to cash out $50,000, based on documents overstating their income by over $40,000 and showed up at their house the same night for signatures, allegedly refusing to leave or reschedule so their translator could help decipher the documents they did not understand. Court documents show the broker spent six hours applying “unrelenting pressure” until they finally signed after midnight, only to rescind the next day after they learned what they had actually signed, which under TILA they are allowed to do but were allegedly denied.

Judge Kozinski said it was premature to reject the couple’s claims that they were not properly advised of their rights regarding rescission and that they were entitled to prove that Countrywide did not allow them to keep copies of the relevant disclosures that the broker had them sign then took with him. In his written opinion, Judge Kozinski said, “it defies both the purposes of the TILA and common sense” to accept that signatures on documents they could not understand proved proper notice. “When you have pizza delivered, you don’t sign for it and let the deliveryman take it back to the restaurant,” the judge wrote. “And when a newspaper boy delivers a paper, he doesn’t show you the headlines and then return it to the printer.”

In this article:countrywide, lawsuit, mortgage crisis