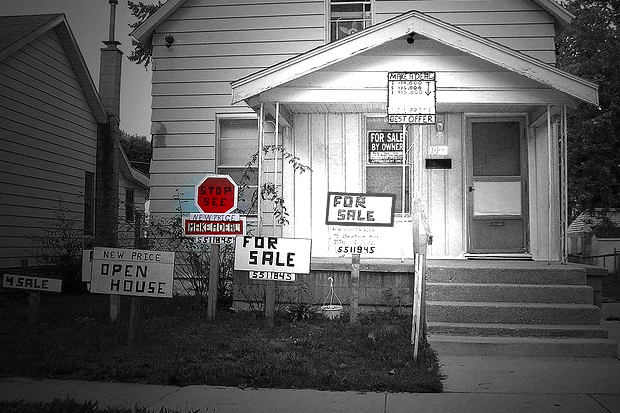 The 2011 National Association of Realtors® Profile of Home Buyers and Sellers surveyed 5,708 home buyers and sellers, discovering that the demographics among buyers and sellers have changed this year, both of which are older, have higher incomes and are more likely to be married. What hasn’t changed much is the relationship between Realtor and consumer, with word of mouth referral still topping the ways home buyers and sellers initially connect with their agents, but not all consumers opt to use a real estate professional.

The saving grace for real estate professionals in this year is that a crashed economy has led to fewer sellers attempting a For Sale By Owner listing, with only 10 percent of sales which were highest in the Midwest at 13 percent and lowest in the West at just 6 percent. In 2004, the trade association says FSBOs were at 14 percent of sales, noting the drop in recent years.

Nearly half (40 percent) of all FSBO sales occur when the seller knows the buyer, noting they don’t find a real estate professional’s services necessary. The study notes that small town and resort areas have the highest FSBO rates while only 7 percent of suburban area transactions are FSBOs.

While the demographics of FSBO sellers are similar to consumers using a Realtor, FSBO sellers lean toward having lower median incomes. Additionally, FSBO sellers who knew the buyer are more likely than all other sellers to be single, especially single males.

Although successful FSBOs typically receive 98 percent of their asking price, they typically have a lower median selling price. “Some of the explanation for this is that when looking at FSBO sales where the seller knew the buyer,” the study noted. “Over half of the time the sales price was equal to or more than the asking price. Sellers who started as a FS BO, then ended up using an agent, sold for the lowest price and reduced their price the most of all selling methods.”

FSBOs spent less time on the market (4 weeks) than homes listed by an agent (10 weeks), especially when the seller knew the buyer, with the median time on market of one week when the buyer knew the seller.

FSBOs that ended up with an agent

The study stated that “agents seemed to help in circumstances where homes were difficult to sell. Those who first tried a FS BO then sought out an agent
had a median number of weeks on the market of 12.”

Over half of FSBO sellers did not need to sell their home urgently while 60 percent of sellers using an agent were in need of selling urgently, and FSBOs typically offered fewer incentives to buyers.

Why did FSBO sellers not use an agent?

Of sellers who opted out of using an agent, two in five said it was because they did not want to pay a commission or fee, often because they knew the buyer which was true in 67% of FSBO sales this year.

How did FSBOs market their listings?

Web listings, word of mouth and yard signs remained the top ways FSBOs marketed their listings. Most of the time (71 percent), when a seller knew the buyer, they did not actively market the home.

FSBO sellers report that attracting buyers was the most difficult, followed closely by getting the price right and understanding and performing paperwork. NAR reports that “More FS BO sellers who knew the buyer would use a real estate agent rather than sell their current home themselves. However, among those who did not know the buyer, a larger share would attempt to sell their homes themselves than use an agent.” 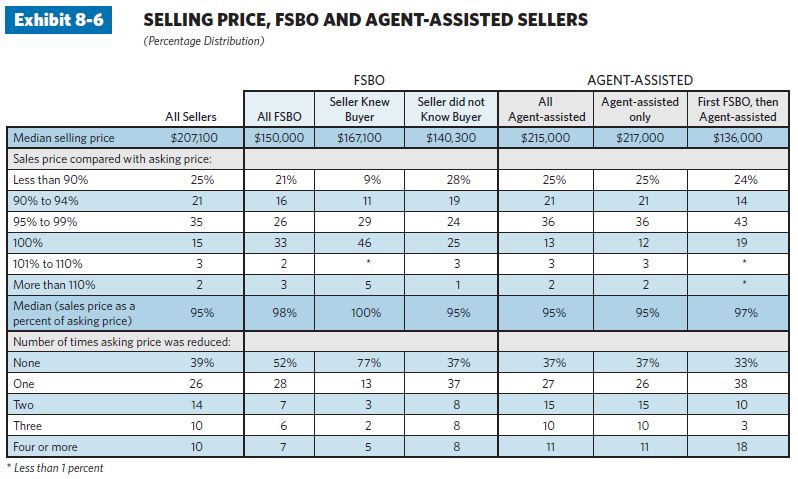 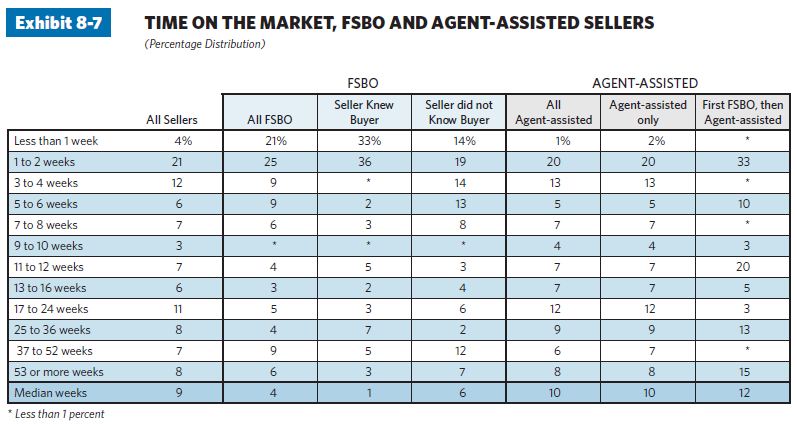 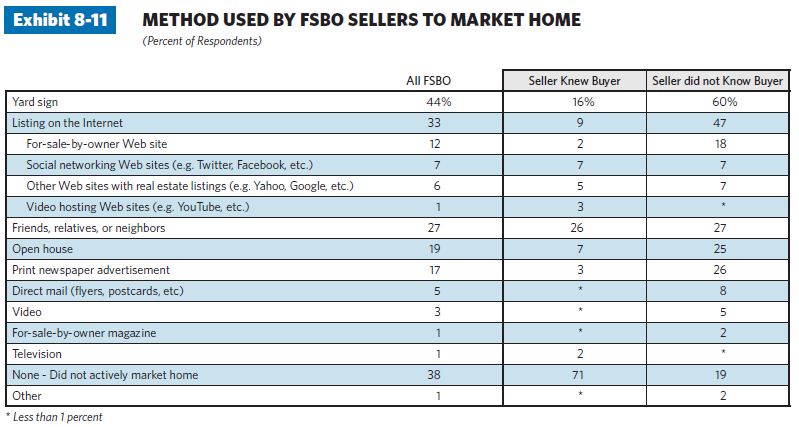 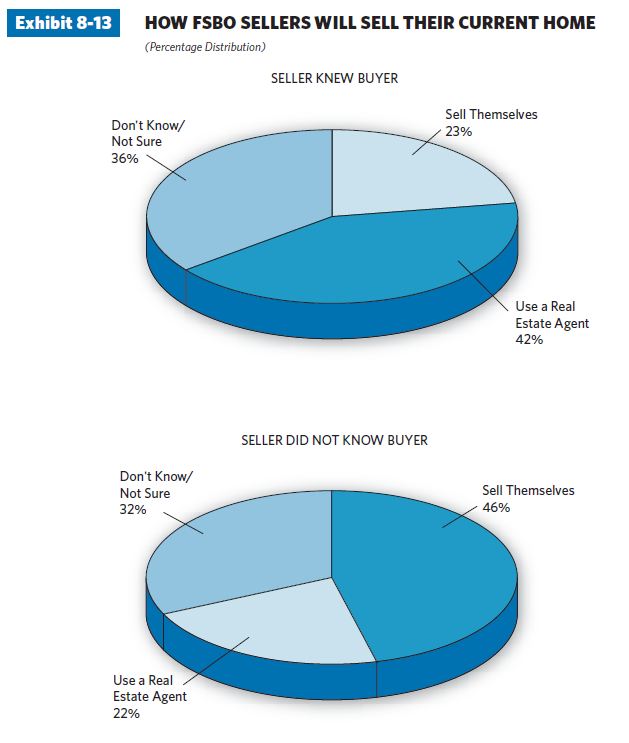