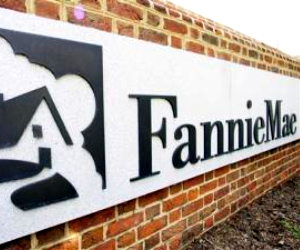 Four Fannie Mae staff members have been placed on administrative leave pending a federal investigation by the Federal Housing Finance Agency (FHFA) Inspector General who is focused on “a transaction involving distressed debt on multifamily property,” according to the Wall Street Journal.

Four of the employees have now been placed on administrative leave during the investigation of a series of apartments that were foreclosed upon and sold by the agency. Full details have not been made available by the agency, but WSJ had information on a single transaction wherein Fannie Mae’s bulk sale of a foreclosed apartment was sold to a prominent New York developer.

“The investigation is limited in scope and we are cooperating fully with FHFA and the OIG [Office of the Inspector General],” a Fannie Mae spokesperson told WSJ. “Consistent with our usual practice, we placed employees on administrative leave pending the outcome of the review.”

The changing tides and what they indicate

The tides are changing ever so slightly at Fannie and Freddie and we predict major in-fighting in coming months, as fingers wag and point and politicians make plans to do more than dismantle the lawyer network, many have been trying to dismantle Fannie and Freddie altogether. While none of this fixes the abuses that have taken place on all levels, the FHFA’s persistence could prove to turn over stones that Fannie and Freddie would likely have preferred stay unturned.