November home prices drop lower than expectations, falling 1.3 percent in November, according to the latest S&P/Case-Shiller 20-city report. Of the 20 cities studied, home prices dropped in 19, with the total dip representing a 3.7 percent price drop from November 2010, but a shocking 32.8 percent drop since prices peaked in 2006. The health of this indicator has only improved 0.6 percent since it hit its “crisis low” in March of 2012.

“Despite continued low interest rates and better real GDP growth in the fourth quarter, home prices continue to fall,” David M. Blitzer, Chairman of the Index Committee at S&P Indices said in a statement. “The only positive for
the month was Phoenix, one of the hardest hit in recent years.”

Regarding national home prices, Blitzer said, “The trend is down and there are few, if any, signs in the numbers that a turning point is close at hand.”

Chicago saw the steepest decline of the 20 cities, dropping 3.4 percent for the month, while Atlanta fell 2.5 percent after falling 5 percent in October, 5.9 percent in September and 2.4 percent in August, while Detroit lost some of its gains, dipping 2.4 percent.

Not surprisingly, Las Vegas came up short as foreclosures continue to plague the state, with the city losing 9.1 percent of their price value, Seattle fell 6.3 percent, and Washington D.C. which has been the lone shining star, has remained stagnant with barely 0.5 percent growth over the year. 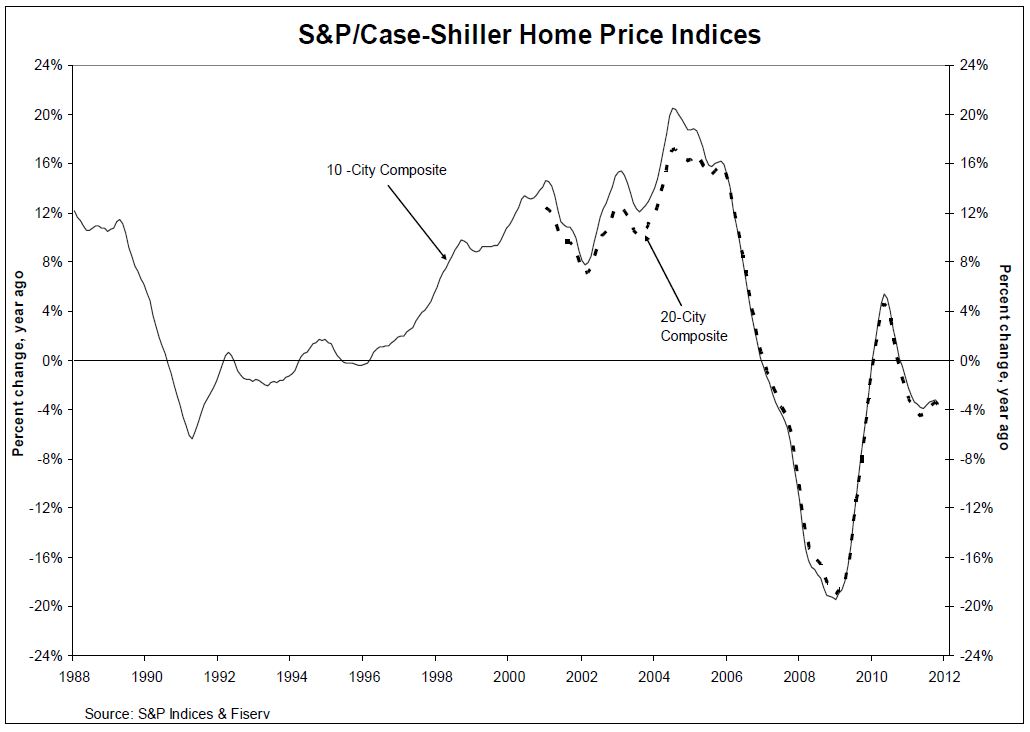 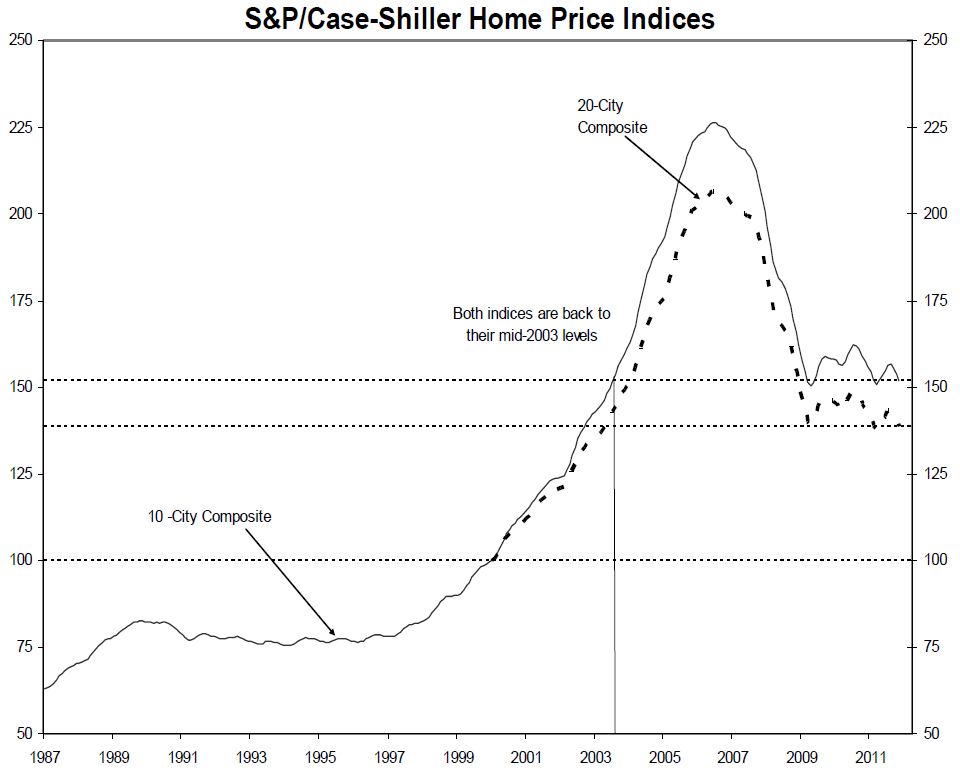 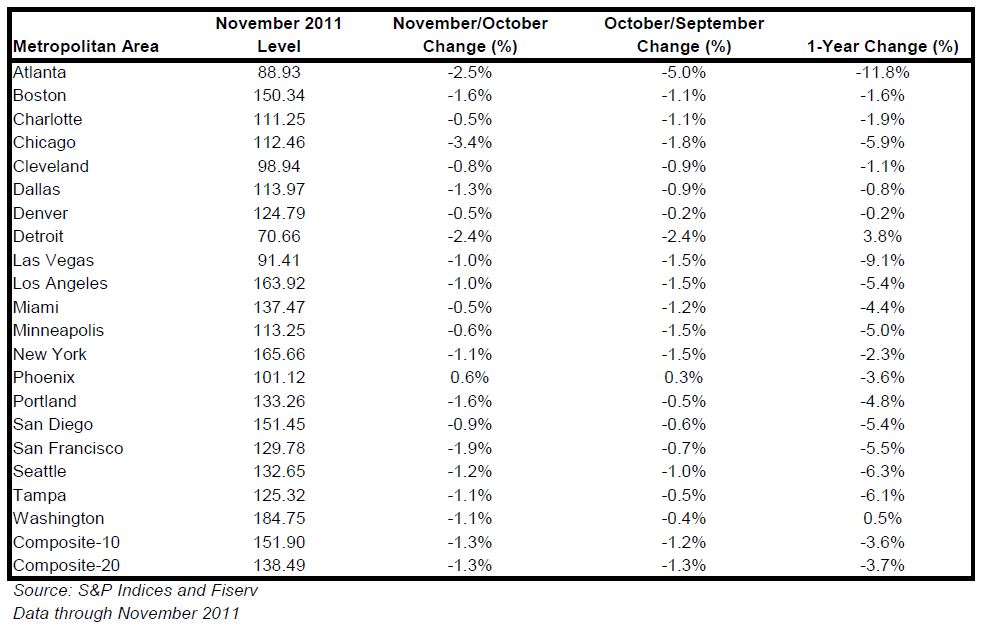