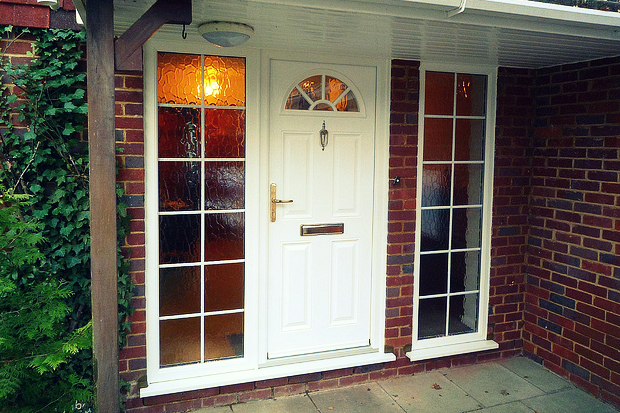 For the fourth consecutive month, U.S. home prices fell, according to CoreLogic, as distressed sales continue to plague the housing market. CoreLogic’s home price index fell 1.4 percent in November from October and slid 4.3 percent from November 2010, representing a larger annual slide than the month prior.

It is notable that when distressed sales are excluded from the data, prices only fell 0.6 percent year over year, given that distressed homes typically sell at a reduced price. “Distressed sales continue to put downward pressure on prices and is a factor that must be addressed in 2012 for a housing recovery to become a reality,” Dr. Mark Fleming, CoreLogic’s Chief Economist said in a statement.

Fully 77 percent of all areas studied by CoreLogic experienced annual declines for the month, three less than in October. Zillow’s Home Value Index for October is in line with CoreLogic’s data revealing a fourth month of declines. 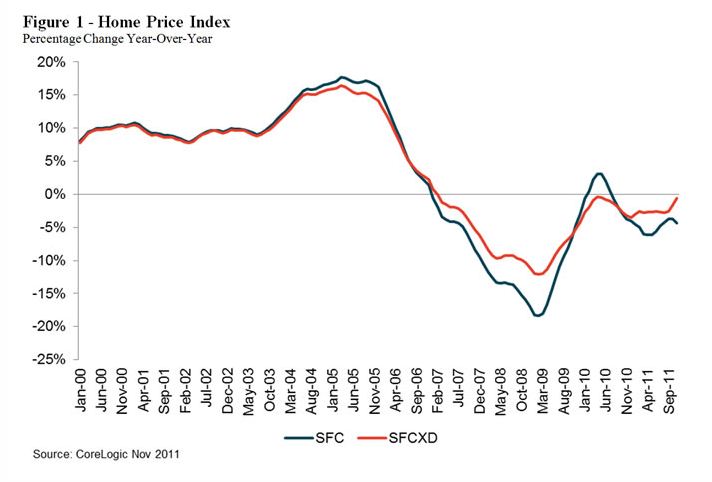 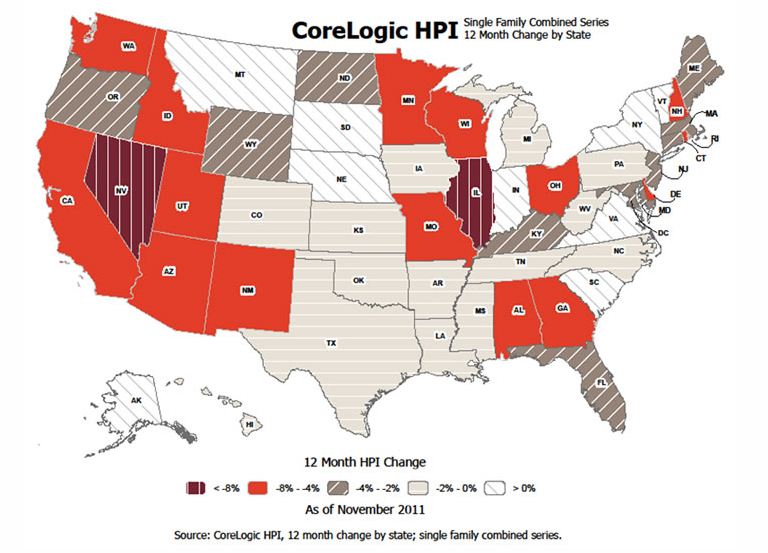 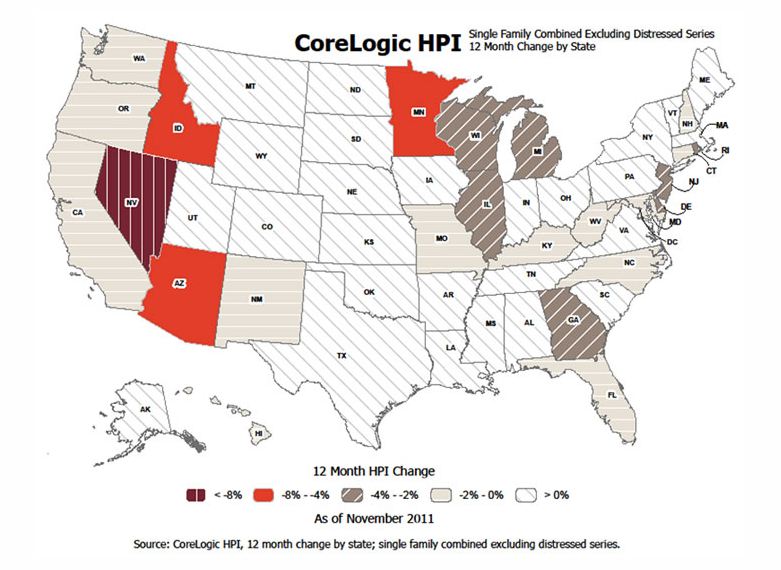 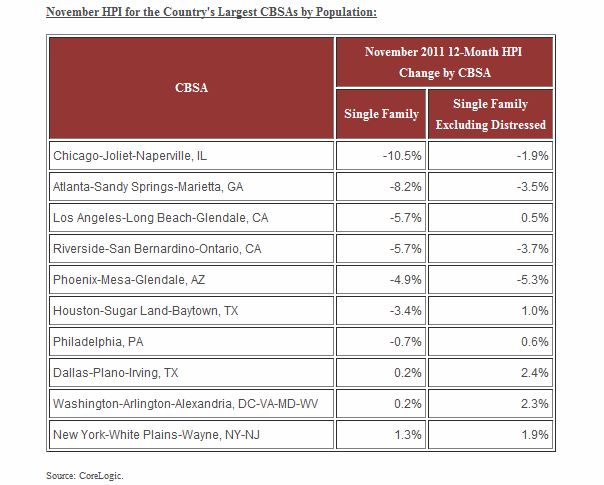 Updated to include Zillow’s HVI.