With a 0.6 percent drop in home prices between March 2011 and March 2012 and a 0.6 percent increase in prices from February, CoreLogic’s Home Price Index (HPI) shows that national home prices not only saw the first month-over-month increase since July 2011, the movement up and down is slight, indicating the market has found its bottom. Excluding distressed sales, month-over-month prices increased for the third month in a row. The CoreLogic HPI also shows that year-over-year prices, excluding distressed sales, rose by 0.9 percent in March 2012 compared to March 2011.

“This spring the housing market is responding to an improving balance between real estate supply and demand which is causing stabilization in house prices,” said Dr. Mark Fleming, chief economist for CoreLogic. “Although this has been the case in each of the last two years, the difference this year is that stabilization is occurring without the support of tax credits and in spite of a declining share of REO sales.”

“While housing prices remain flat nationally, in many markets tighter inventories are beginning to lift home prices,” said Anand Nallathambi, president and chief executive officer of CoreLogic. “This is true in Phoenix, New York and Washington, for example, which all reflect higher home price values than a year ago. A continuation of this trend will be good for our industry across U.S. markets.” 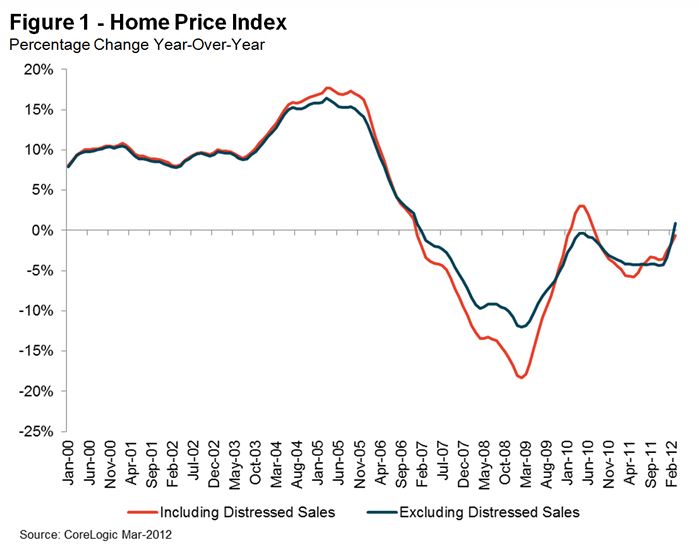 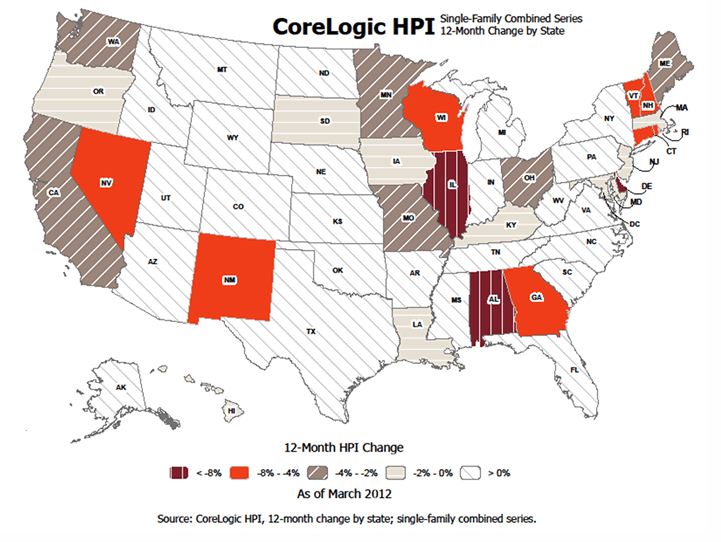 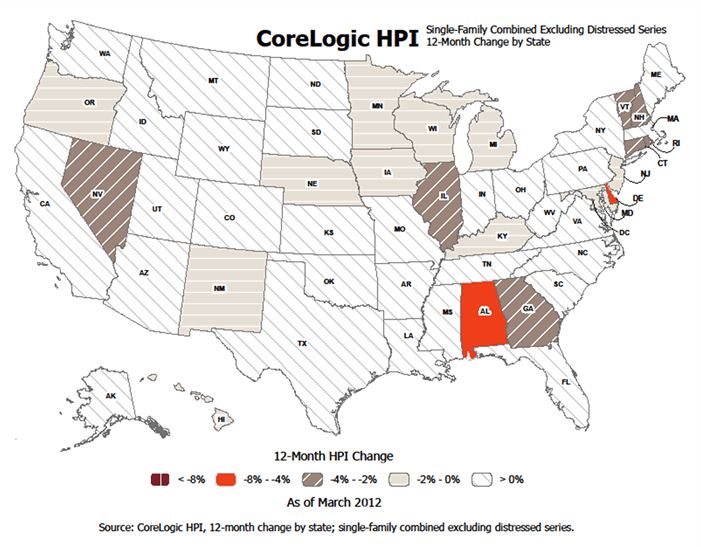 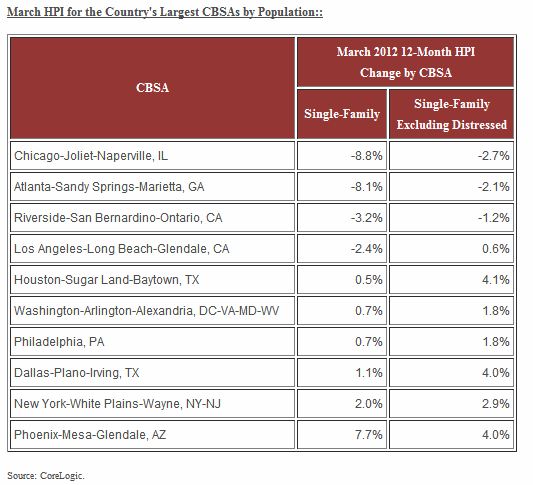