Please welcome Ben Harris, UK real estate consultant to Agent Genius. Ben has been a part of the AG conversation for several years and we are very excited about his stepping up to bat! Ben will be talking in depth about the differences between US and UK real estate practices, and we anticipate learning a lot! Please welcome him in comments below and enjoy his first column now:

“It’s just not cricket” is a phrase used by us English to describe something that is unjust, not fair or simply plain wrong. It has a hint of sarcasm within it, with the connotation that those who use it consider there to be unwritten rules to abide by and that they aren’t prepared to adjust their game.

It is the phrase being used by some to describe the perceived threat of a new breed of estate agents who I believe are going to replace the traditional agent we see in the UK today.

This new breed described as “the online estate agent” are almost considered as not playing the game fairly – it’s just not cricket!

Traditional real estate in the UK

To put you in the picture, let me explain how traditional estate agents operate in the UK.

Traditional agents normally have offices on the local high street with big window frontages to display their listings. The area covered by that agent is usually restricted to the local town or village and they primarily rely on traditional marketing methods to reach the local audience.

This type of estate agent employ a team of sales people and tend to act like sheep in the way that their offices can normally be found bunched together on the high street with their fleets of branded vehicles out the front.

The online estate agent at the opposite end of the scale doesn’t have high street offices; in fact they may not have offices at all. They are often self-employed and can cover any area they choose.  There are also some significant players getting involved in this model, with retailer Tesco being the biggest.

Obviously I’ve described two extremes here and there are many variations in between, but the fact is that the traditional UK estate agency model is being challenged and there is no doubt that this trend will continue.

Similarities to the US?

You may be thinking that this sounds like a pretty familiar approach to here in the US. However it may surprise you to hear that models such as RE/MAX and Century21 have failed to establish themselves in the UK as viable models, always attracting relatively poor operators and snubbed by the majority for a more stable, employed role at an established brand – thus “traditional” estate agency has ruled!

There are two main factors that have contributed to this new model accelerating in popularity. During the last few years we have seen redundancies of experienced estate agents who were then unable to move to other agencies because there were no jobs and having spent the most of their careers in property couldn’t easily move industries.

In many cases the only solution was to set up on their own. The secondary factor, advances in technology, not only enables them to operate but also gives them new tools to set themselves apart.

So why don’t the traditional models move over to this new way of working?

Well in many ways they are trying to do so, but for as long as they are tied to long leases on their premises and employing workforces with a fleet of company cars also on leases, their ability to move to a more agile model and having self employed, self motivated workers is restricted.

This inability to change, leads to the complaints that they cant compete with the fees quoted by the “online estate agent” and the cries of “it’s just not cricket”.

This changing model and my expectation that over the next few years it will come into its own, is one of the reasons I am looking forward to being at NAR New Orleans. I want to see the experts in action and gain insight into how we can be more effective in delivering this model to our clients.

Two weeks and counting – I look forward to meeting you! 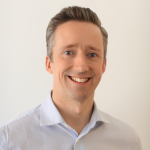 I'm a UK property geek and blog at housingdabble.com My day job as Director at The Property Academy involves consulting with property professionals to define and implement best practice in their businesses. We also do marketing, PR and Social Media. We also help them celebrate their success by organizing the Estate Agency of the Year Awards in association with The Times. Have no fear, I've seen the future and it will be.

Should agents focus on building their personal brand?

One of my favorite TV shows is The Apprentice, so much so that I even watched the US version and developed a slightly worrying...