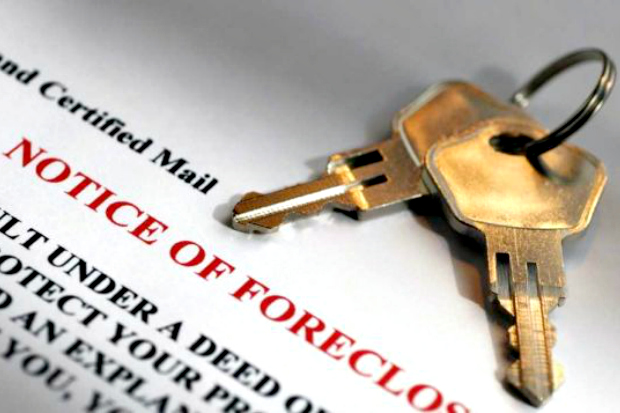 Bank error leads to near loss of a home

Like millions of Americans, Tom Mudie was struggling to maintain his mortgage, so to avoid losing his home, he applied for and was approved for a mortgage modification through Bank of America that required timely payments for 90 days before it was made permanent. Mudie made his payments on time for the agreed upon amount, but according to the Tampa Bay Tribune, the bank entered his payment as $615.02 rather than the $615.82 he paid which threw him into default.

Mudie was in danger of foreclosure, but after extensive communication with the bank, a Bank of America spokeswoman says the error has been corrected and his modification has been approved.

Not the first time

This is not the first time that a Bank of America typo has caused a foreclosure nightmare. One memorable case is Shantell Curtis who sold her Utah house in August 2010, went to the closing, signed all documents, sold the property and cut ties with Bank of America who held the mortgage. Curtis’ accountant noticed that she somehow still owned the home, meanwhile, Bank of America threatened to foreclose on the family who couldn’t understand how they could foreclose on a house they no longer owned. To add insult to injury, Bank of America continues to report missed payments to the credit scoring agencies which has allegedly destroyed Curtis’ credit.

So how did this happen? Bank of America typed data in incorrectly and because of a $1 “coding error” as a Bank of America spokesperson called it, the title was never transferred, and they began the foreclosure process against Curtis. At the end of 2010, Curtis called Bank of America to find out what was going on, they instantly noticed the error and for nearly a year have told her that they would “process” it and send her a letter. Call after call, she still has not gotten the $1 error fixed, nor her credit score.

Bank of America later confirmed that it was a “coding error” that has been fixed, and they promised they would remove the false reports to the credit agencies within 90 days, but the Curtis family still had not been communicated with in any form, so all they have is an email to a reporter that title has been transferred and their credit will be repaired.

Also deplorable, we reported last fall that Bank of America was attempting to foreclose on a home that no longer existed and no monthly payments were missed, also due to a clerical error that they would not fix even after they acknowledged it was their error. Clerical issues have long plagued Bank of America and it doesn’t appear any efforts are being made to change this problem. A lack of human review of foreclosure notices plagues banks as the robo-signing debacle continues, and it appears no lessons have been learned.

In this article:bank of america, Economy, News