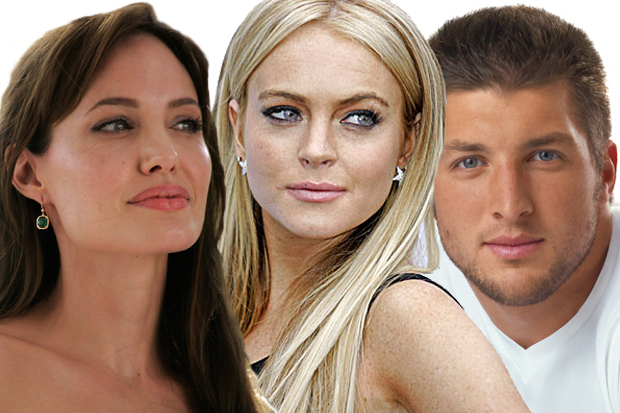 Who Americans would love or hate as a neighbor

According to the fifth annual Zillow Celebrity Neighbor Survey, more than two in five Americans said they would not want a celebrity neighbor, up 56 percent from last year which appears to have reality tv show “Jersey Shore” to blame, as by far, the cast of the show was voted as the least desirable neighbor with nearly one in three saying that would be the least desirable celebrity neighbor to endure.

Meanwhile, Denver Broncos quarterback, Tim Tebow was named the most desirable celebrity neighbor for 2012 with 11 percent of voters, while men were two times as likely (14 percent) to desire Tebow be their neighbor than women (7 percent). Tebow was trailed closely by Angelina Jolie and Brad Pitt with 10 percent of votes and Jennifer Aniston and Justin Theroux with 9 percent. Zillow notes that Americans with children, however, preferred to live next to Jolie and Pitt (14 percent) rather than Aniston and Theroux (9 percent).

For the second year in a row, the “Jersey Shore” cast was voted worst neighbors of the year. Although 11 percent of Americans surveyed wanted to live by Tebow, the feeling against the reality tv cast was much stronger with nearly 30 percent voting against them as neighbors. At the least, the cast is polarizing.

“As a voyeuristic culture that breathlessly tracks every celebrity movement, it’s extremely surprising to see so many Americans saying they wouldn’t like to live next to any celebrity at all. In fact, more people opted out of a celebrity neighbor in 2012 than in any of the past years we’ve run this poll,” said Zillow Chief Marketing Officer Amy Bohutinsky. “We may want to watch, read and talk about celebrities, but when it comes to sharing a back fence, many Americans think it’s just too close for comfort.”

In this article:Real Estate, Zillow