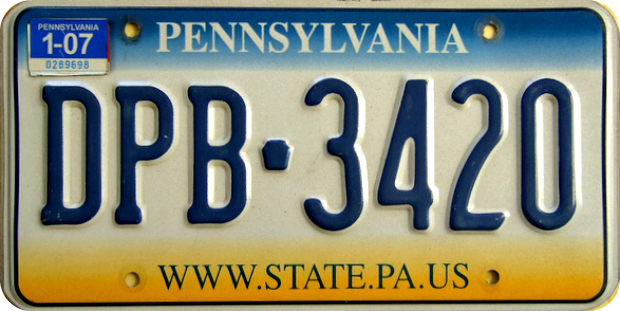 The house facing Cayla Schofield’s is a vacant, unkept foreclosure that has been abandoned for years, and now has a Blue Ford ZX2 parked in the driveway that has the local HOA upset. They sent at notice to Schoefield asking her to move her blue Ford ZX2, but the homeowner doesn’t have a Ford. Schoenfield told ABC Channel 13 in Las Vegas, “I called them and let them know that that wasn’t our car and they said that they had determined it was my car.”

The homeowner was told that they determined the car was hers because her property was under surveillance. “My own HOA was surveiling me! And that they witnessed somebody walking from a car, the blue Ford, into my house.”

The Las Vegas native told the HOA that the car has Pennsylvania license plate, but that she’s never been to Pennsylvania. “They told me I had to attend a hearing. I was gonna get fined.”

Schoefield asked all of her neighbors if anyone was from Pennsylvania and sure enough, her neighbor Rachel from Pittsburgh spoke up. “It’s pretty obvious that it’s mine,” Rachel says. “I keep it in the driveway sometimes or outside the house, so I’m not really sure where they came up with the fact that oh, this has to be her (Cayla’s) car.”

The part where the case should have been closed:

Rachel moved her car and called the HOA to inform them of the mixup, but Schofield was still being told to appear for the violation. Channel 13 confronted the Board President at her home who informed them that they don’t do surveillance, “the only people that walk the property is the management company.” The President said the issue should have been moot after Rachel came forward and that “no one should make you feel violated in your own home,” and that the next Board meeting she would deal with the issue.

The violation has been put on hold and the homeowner told Channel 13 that the HOA called her to apologize and they have dropped the violation.