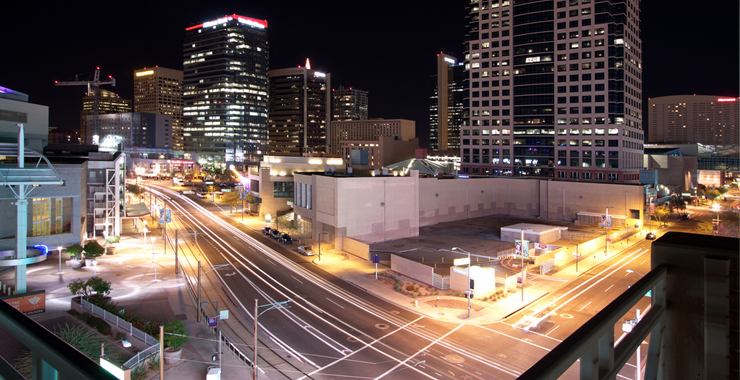 The rise of Phoenix

Based on the National Association of Home Builders/First American Improving Markets Index (IMI) report released on Monday which monitors housing markets showing measurable and sustained improvement, there was little change from the month prior, with one major exception – Phoenix, Arizona, previously not in the top 20 improving markets list, shot to the second most improving market in the nation.

With 35 states represented in the top 100 improving markets remains steady this month as well. The index identifies metropolitan areas that have shown improvement from their respective troughs in housing permits, employment and house prices for at least six consecutive months.

The top spot continues to be taken by Little Rock, AR and most others simply moved up one spot, but including Phoenix, four new cities entered the top 20 for the month – Pensacola, Florida, Hinesville, Georgia, and Warner Robbins, Georgia, which is fascinating given how much Georgia’s capital is struggling. Much of the list continues to be dominated by Florida with a strong showing in Colorado and now Georgia.

The top 20 improving housing markets are:

The mantra still rings true – all real estate is local

“The fact that there are 100 markets in 34 states and the District of Columbia represented on the improving list illustrates that all housing markets are local, and that the national headlines often don’t apply to what’s happening in a specific metropolitan area,” said NAHB Chairman Barry Rutenberg, a home builder from Gainesville, Fla. “In places where employment is firming up along with demand for new homes, the main factors weighing down the housing market continue to be access to credit (for both builders and buyers) and the difficulty of obtaining accurate appraisals on new construction.”

“The overall number of markets on the IMI continued to plateau this month, with more than a quarter of all U.S. metros still showing signs of improvement,” said NAHB Chief Economist, Dr. David Crowe. “Many of these are relatively small markets in terms of their population and building volume, which is why their improvement is barely registering on the national scale as of yet. Moreover, we are seeing some shifting of markets on and off the list primarily due to small seasonal house price changes in areas that have had flat, stable prices rather than a boom-and-bust cycle.”

“The fact that the number of improving metros continued to hold its own with 100 entries in May shows that there are many places across the country where confidence and consumers are returning to the housing market,” observed Kurt Pfotenhauer, vice chairman of First American Title Insurance Company.