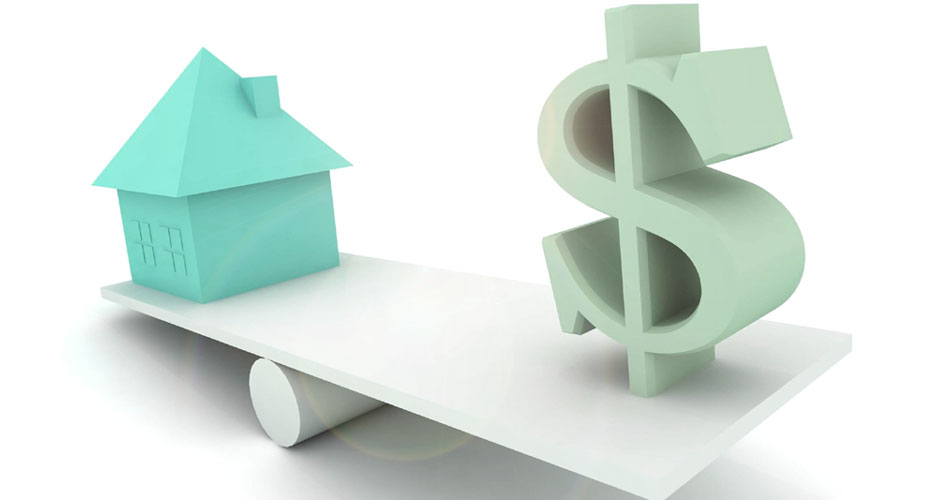 Shadow inventory on the decline

According to CoreLogic, as of October 2012, the residential shadow inventory fell to 2.3 million units, representing 85 percent of the 2.7 million properties currently seriously delinquent, in foreclosure or in REO. The most current reporting data reveals a seven month supply, and a 12.3 percent drop from October 2011.

“The size of the shadow inventory continues to shrink from peak levels in terms of numbers of units and the dollars they represent,” said Anand Nallathambi, president and CEO of CoreLogic. “We expect a gradual and progressive contraction in the shadow inventory in 2013 as investors continue to snap up foreclosed and REO properties and the broader recovery in housing market fundamentals takes hold.”

“Almost half of the properties in the shadow are delinquent and not yet foreclosed,” said Mark Fleming, chief economist for CoreLogic. “Given the long foreclosure timelines in many states, the current shadow inventory stock represents little immediate threat to a significant swing in housing market supply. Investor demand will help to absorb the already foreclosed and REO properties in the shadow inventory in 2013.”

Of the 2.3 million properties currently in the shadow inventory, 1.04 million units are seriously delinquent, while 903,000 are in some stage of foreclosure and 354,000 are already in REO. The dollar volume of shadow inventory was $376 billion, down from $399 billion a year ago.

CoreLogic reports that over the three months ending in October 2012, serious delinquencies, which are the main driver of the shadow inventory, declined the most in Arizona (13.3 percent), California (9.7 percent), Michigan (6.8 percent), Colorado (6.8 percent) and Wyoming (5.9 percent).

The shadow inventory has long loomed as the dark cloud persistently chasing the housing market as it struggles to recover, and is an indicator many will continue watching closely. 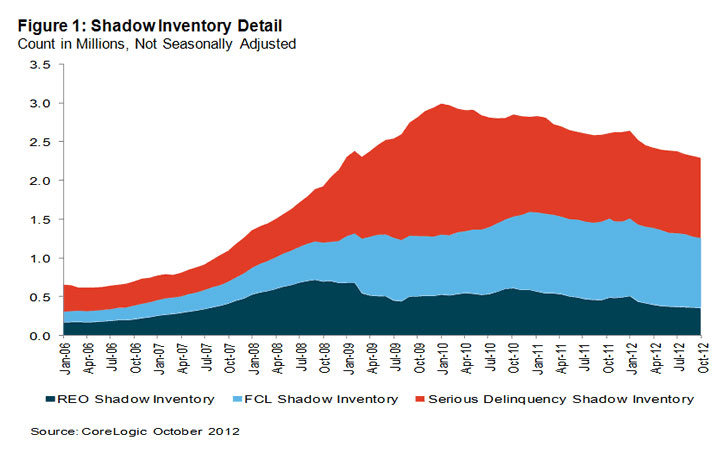 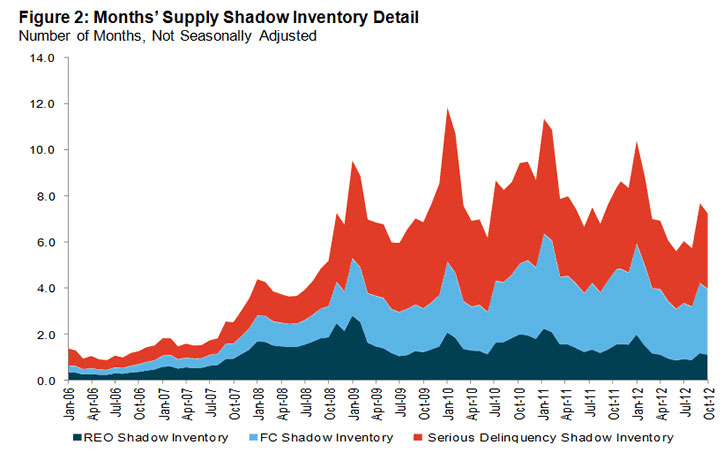 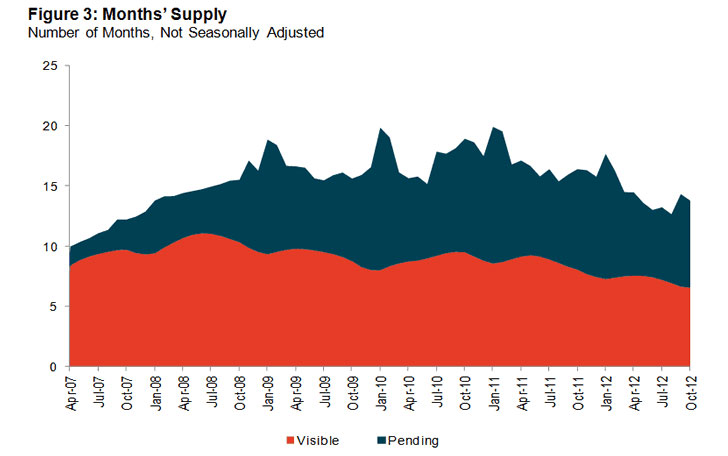