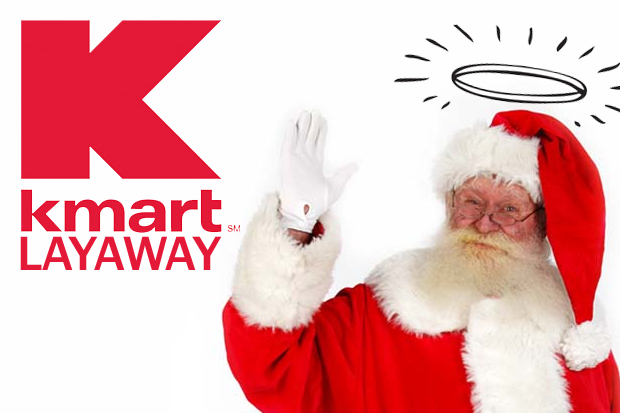 ‘Tis the season to be generous

In Grand Rapids, Michigan this week, a woman in her 30s approached a layaway clerk in the Kmart and confused a clerk by asking to pay off strangers’ layaway accounts anonymously. The woman paid three accounts on the condition that toys were on the layaway list, paying roughly $500 in memory of her husband that recently passed away.

The woman, acting as a Secret Santa has sparked a movement across the nation, fueled by social networking sites of Americans urging each other to learn her story and anonymously do the same. While most of the layaway “Secret Santas” or “Layaway Angels” as they are being called are flocking to Kmart stores, a smaller number are visiting Wal-Mart and other discount stores.

Staff members and friends of AGBeat have told us that when they went to their local discount store, the layaway desk knew exactly what a Secret Santa was, in fact, in Greenville, South Carolina, Michelin Brand Merchandise Director, Jeffrey Jacobs tells us that the K-Mart staff was calling anonymous donors “Secret Santa” as their code word when gaining security clearance to reveal layaway information to the donor as they matched donors with nearly defaulted balances without revealing the name or contact information to the donor.

Most frequently, donors are seeking layaway balances on accounts with mostly toys that are about to expire, that threaten a family’s holiday gifts.

This year has been very good to some people while very rough for most, and even those who are struggling are visiting discount stores to add various amounts to existing layaway accounts, most frequently paying off the full balance. Donors are sharing with their friends on social networks how great they feel to give back.

While we doubt this movement will go on past Christmas, it is a fantastic idea because donors are more likely to give if they can tangibly see where their money is going. It is unclear whether or not donations are taken over the phone and may vary by store.

Tell us in the comments about your Secret Santa experience or if you plan on getting involved and encouraging people in your network to donate.