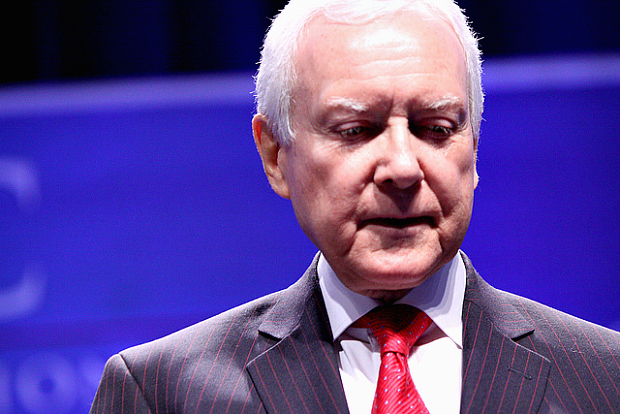 In a strongly worded letter to Bernanke, Hatch responded to the white paper by warning that the Federal Reserve Board was treading “too far into fiscal policy advice and advocacy” and noted that the central bank risked “being perceived as advocacy for particular policy options.”

“Many in Congress have had sympathy for the Fed’s belief that its forays into the fiscal space were necessary to address the financial crisis,” Hatch wrote. “However, I believe that your recent housing white paper, and recent advocacy by Federal Reserve officials for further taxpayer-funded government ‘intervention’ in housing and mortgage markets, intrudes too far into fiscal policy advice and advocacy. Indeed, one Fed official called putback rules of Fannie Mae and Freddie Mac as ‘excessively stringent.’ Such comments seem, to me, to be out of bounds.”

Hatch attested that the Fed has done its own share in damaging the health of an already struggling economy.

“Moreover,” he continued, “the Fed created a number of programs that allocated credit to narrowly defined sectors and classes of borrowers (e.g., commercial paper, asset-backed securities, money market mutual funds) despite clearly stating in a March 23, 2009 joint statement with the Treasury that such allocation should not be your aim and that: ‘Government decisions to influence the allocation of credit are the province of the fiscal authorities.’ The Fed, nonetheless, continued to purchase housing agency mortgage-backed securities and agency debt to increase credit availability and reduce the cost of credit in the housing market.”

Hatch wrote, “Because many of those Fed activities involved government intervention into private markets and government assumption of private risks on behalf of taxpayers. I believe they constituted bailouts and fiscal policy actions, independent of whether the Fed ends up making money or losing money. The Fed is not a hedge fund, and profit and loss on its extraordinary asset purchases are not the appropriate metric by which to judge the efficacy of those actions. Many Fed actions led to increased moral hazard, which will unfortunately persist.”

In this article:Economy, federal reserve board, News, Real Estate