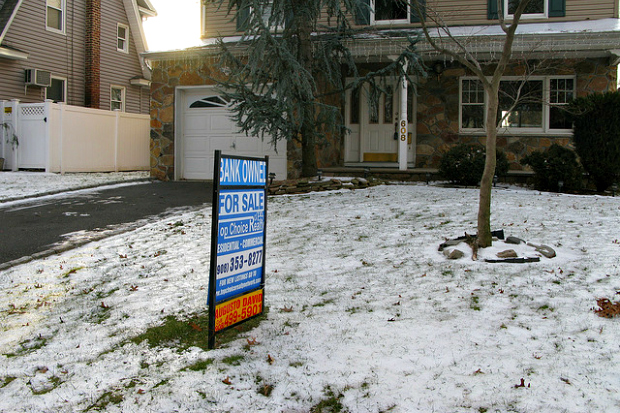 According to Foreclosure-Response.org, the serious mortgage delinquency rate in the 100 largest metropolitan areas experienced a slow decline from 10.4 percent at its peak in December 2009, down to 9.3 percent in June 2011, the most recent month of full data.

Mortgages are considered seriously delinquent when at least 90 days late which includes pre-foreclosure and foreclosure homes. The drop in the serious delinquency rate is due in part to a drop in delinquent loans, falling from 5.5 percentin December 2009 to 3.7 percent in June 2011. The average foreclosure rate has remained at 5.5 percent over the three quarters ending in June.

“The foreclosure inventory that is building up is going to take an incredibly long time for lenders to clear,” said Urban Institute research associate Leah Hendey. “At the current pace of foreclosure sales, we are looking at a process that could take decades to complete. It is critical that the status of these properties be resolved quickly if we want to stabilize communities and housing markets.”

Florida, New York, and Illinois cities saw a steady increase in foreclosure rates as they require judicial foreclosure proceedings wherein the courts make the final decision about whether a property can exit foreclosure which can create a backlog of foreclosures. Also of note, between 2006 and 2010, mortgage originations declined in all of the 100 largest metropolitan areas, according to Foreclosure-Response.org.

All performance of delinquencies were regional with central Texas performing well while Florida suffers from high delinquency rates: 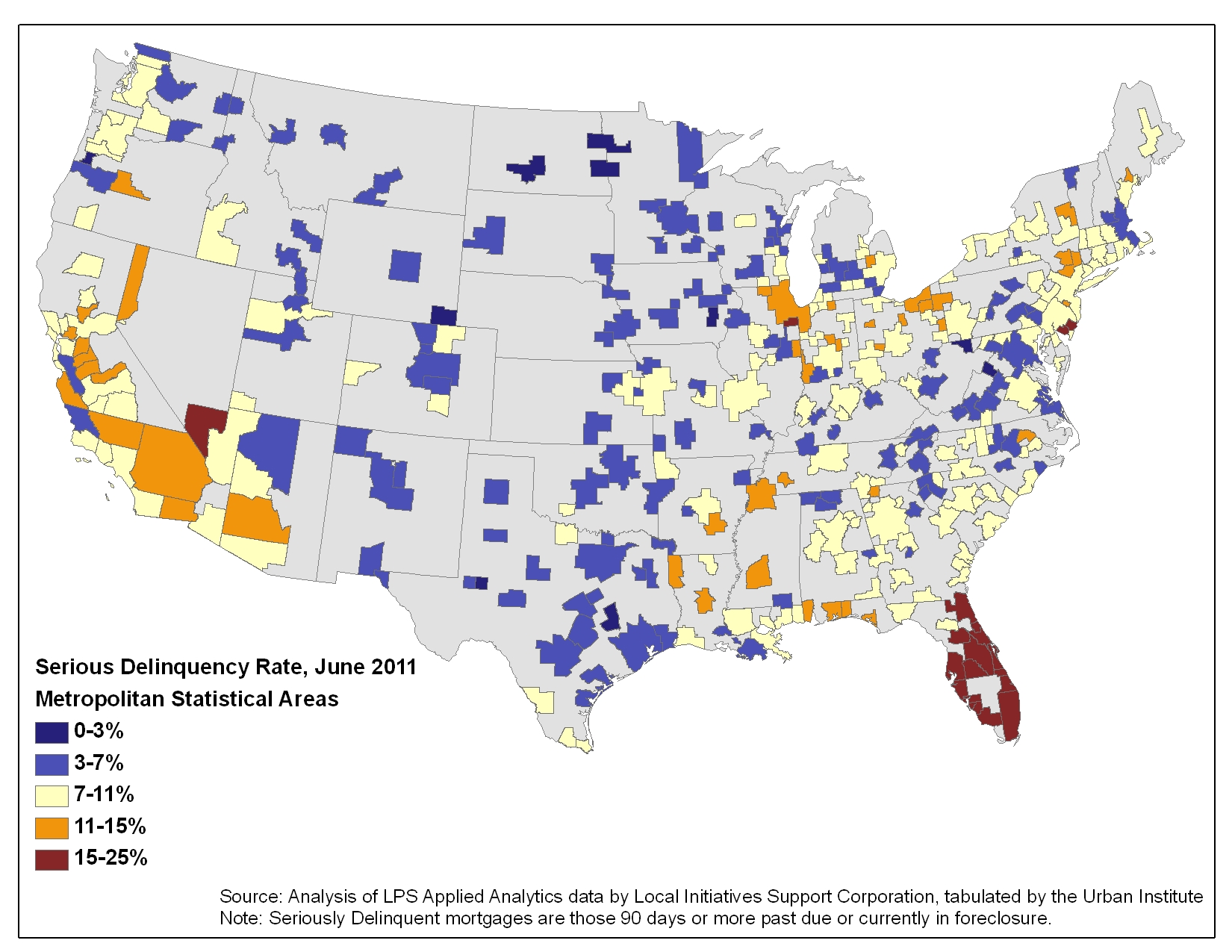 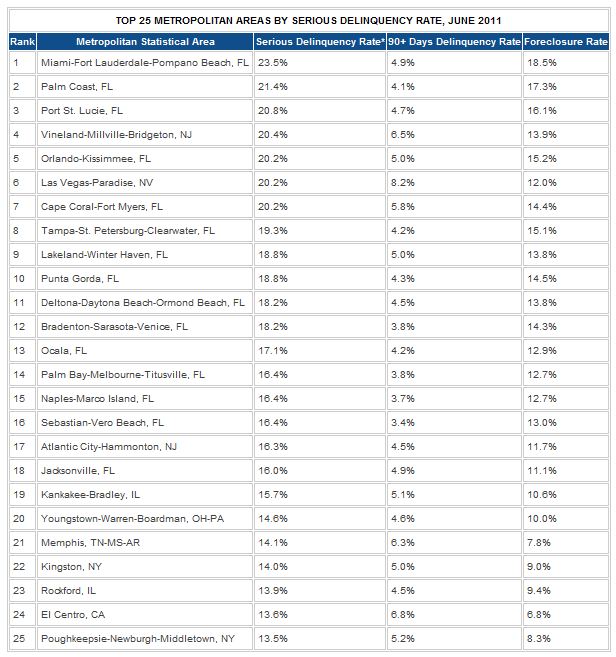 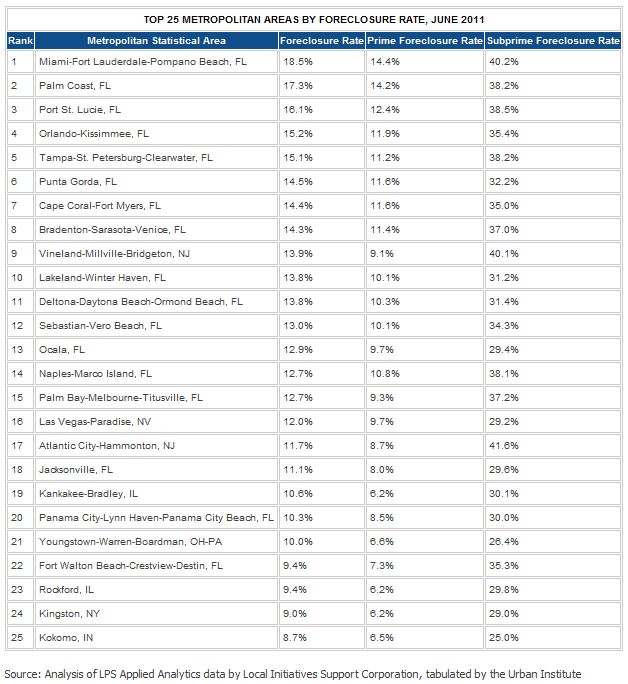