Asking prices up in June

According to the Trulia Price Monitor and Trulia Rent Monitor released Tuesday, asking prices of homes are up 0.3 percent in June after being nearly flat in May, marking the fourth “solid increase” in the past five months. Asking prices rose 0.3 percent between June 2011 and June 2012 nationally, and rose 1.7 percent when excluding foreclosures. Asking prices rose in 44 percent of the 100 largest metros studied by Trulia, with rents rising 5.4 percent over the year, outpacing price increases in most markets.

“We saw asking prices start to rise in February and predicted that other home price indexes would report sales price increases this summer for those homes – and they have,” said Dr. Jed Kolko, Trulia’s Chief Economist. “Since February, asking prices showed solid gains in four out of five months, including in June, so I expect to see the sales-price indexes show further increases in the months to come.”

Which cities are in the clear, which are at risk? 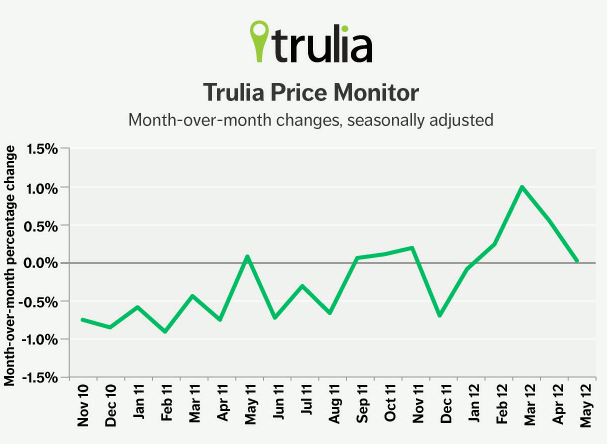 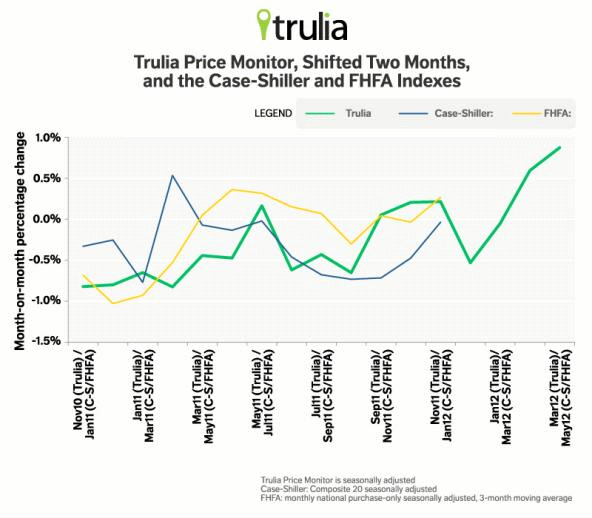 Dr. Kolko tells AGBeat that “The price increases have been surprisingly consistent over the past five months. Asking prices have risen, either modestly or considerably, for the past five months, and had been stable for several months before that. Looking at asking prices, it is now clear that prices began to stabilize last fall, even though that wasn’t apparent at the time from other price indexes.”

“Prices are increasing in different markets for very different reasons. In Miami and Phoenix, price gains are a bounceback from the big price declines, which have attracted lots of investor and foreign interest. In contrast, Denver, San Jose, Austin, and other markets are seeing price gains due to job growth. There are many paths to housing recovery – and some are steadier while others have more risk,” Dr. Kolko added.

In a press statement, Dr. Kolko noted that “Slow and steady wins the housing recovery.”