According to the Trulia Price Monitor and Trulia Rent Monitor indices released today, home prices are up year over year in 69 of the 100 largest metros, based on homes for sales and rentals listed on Trulia. These monitors take into account changes in the mix of listed homes and reflect trends in prices and rents for similar homes in similar neighborhoods through October 31, 2012.

Asking prices rose 0.7 percent in October compared to September, and are up 2.9 percent compared to October 2011. Trulia reports that prices in Phoenix are up almost 25 percent, but down more than 5 percent in Chicago. Job growth, fewer vacancies, completed foreclosures, and rebounds from earlier big declines are all driving current price increases.

By the end of December 2012, Trulia says prices nationally should be just 1.1 percent below their level in January 2009. 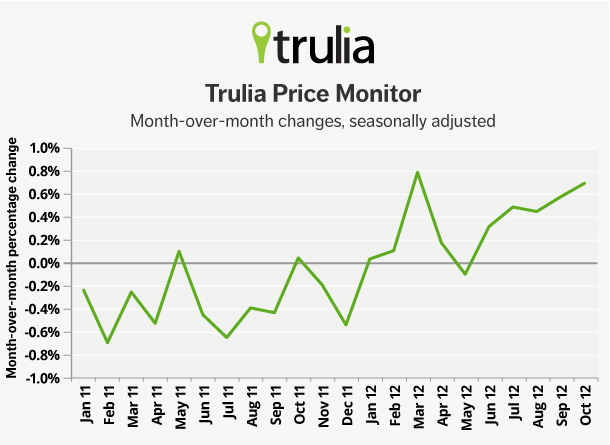 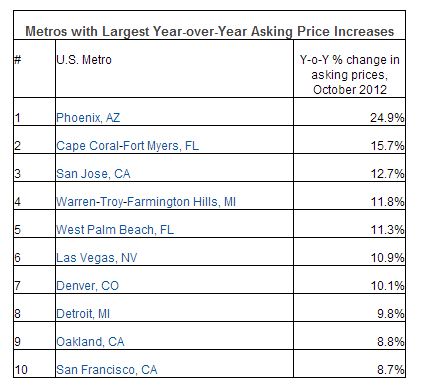 According to Trulia, rents rose nationally 5.1 percent in October compared to October 2011, continuing to outpace home price gains. Trulia notes that Rents rose more than 7 percent even in Chicago and Philadelphia, where for-sale prices fell.

“Continued widespread price increases are good for homeowners but not for home-seekers,” Dr. Jed Kolko, Trulia’s Chief Economist said in a statement. “For homeowners, rising prices add to their wealth and help bring underwater borrowers closer to positive equity. For home-seekers, however, rising prices could put homeownership out of reach. In markets like Denver, San Francisco, and Oakland, where prices and rents are both rising, higher prices mean higher down payments, but rising rents make it harder to save enough.” 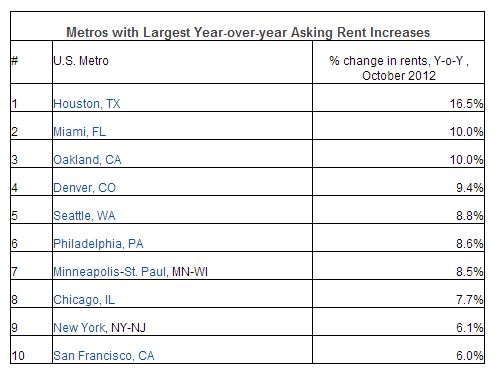 Dr. Kolko added, “Home prices are climbing in most local markets and in eight of the eleven swing states. Rising prices have taken pressure off the presidential candidates from having to come up with detailed plans to help the housing market, and that’s a big reason why they haven’t focused on housing in the 2012 campaign.” 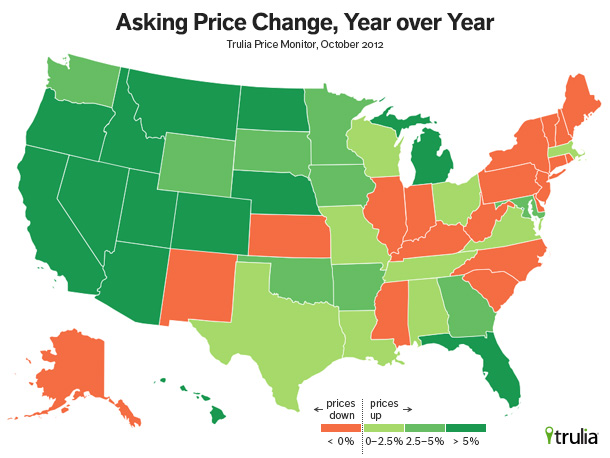 In this article:Real Estate News, Trulia