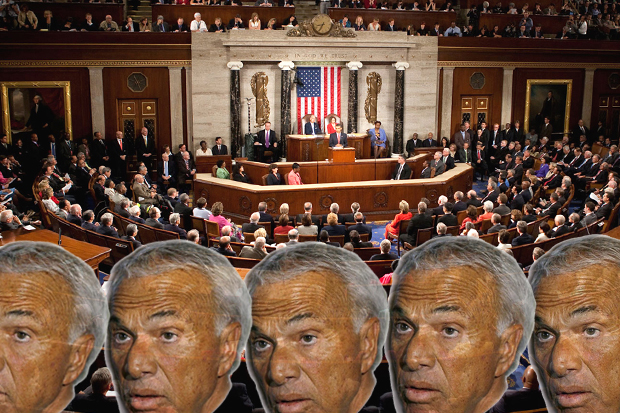 In 2008, an investigation revealed that Angelo Mozilo, former CEO of Countrywide Financial, gave discounted mortgages to several U.S. Senators and other political VIPs. The House Committee on Oversight and Government Reform finally launched their investigation into their branch this February as to which members potentially received special treatment, revealing that four unnamed House members are accused of being involved.

Committee chair, Representative Darrell Issa (R-CA) wrote to the House Ethics Committee, suggesting that all members be investigated fully, hinting that there could be more than the four members of Congress involved in the so-called “Friends of Angelo” list.

Mozilo controlled an extensive VIP list prior to Countrywide’s takeover by Bank of America in 2008 and offered various mortgage discounts to politicians in various positions of authority.

“Testimony and documents show that Countrywide used the VIP program to build relationships with government officials and others positioned to advance Countrywide’s business interests,” wrote Issa’s to Ethics Chairman Jo Bonner of Alabama and ranking Democrat Linda Sanchez of California. “Between January 1996 and June 2008, Countrywide’s VIP unit gave discounted loans to employees of the federal government, including the U.S. Congress.”

Now, the House Ethics Committee will decide whether or not to pursue the investigation and could potentially launch a criminal investigation based on their findings that would then go to the U.S. Department of Justice.

In October of 2010, the Securities and Exchange Commission penalized Mozilo to the tune of $22.5 million to settle the charges that he and two other former executives at Countrywide misled investors as the subprime mortgage crisis began and Mozilo was banned from ever serving as an officer or director of a publicly traded company.