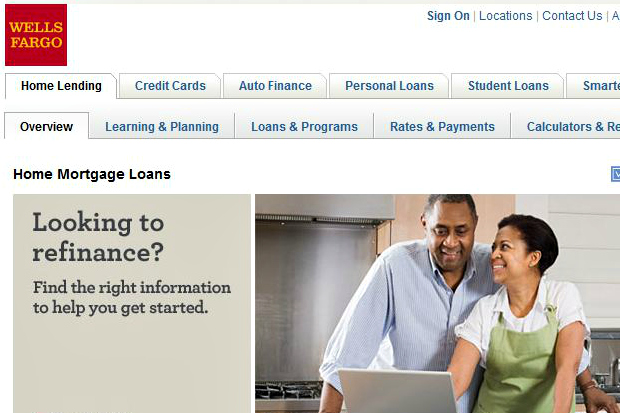 An Illinois judge has ruled that a lawsuit can move forward, alleging that Wells Fargo steered minority buyers into risky home loans during the housing bubble. According to WSJ, the court didn’t find that the bank engaged in discriminatory lending, but this is the first time a state attorney general has reached the discovery phase of a suit for fair-lending, meaning the judge’s allowing for discovery puts the case one step closer to trial as Wells Fargo maintains their innocence.

Court documents reveal that Wells Fargo’s lending practices from 2005 to 2007 are in question as they allegedly hurt minority borrowers as they were unnecessarily pressured into risky, higher cost mortgages than what they qualified for, namely in neighborhoods predominantly populated by minority residents.

The Attorney General said today that they plan to depose past and present employees on all levels to prove their allegations including the charge that minority buyers were more likely than their Caucasian borrowers to be granted a subprime mortgage. A Wells Fargo spokesperson said low credit scores, high debt-to-income ratios and other “basic risk factors explain virtually all” the high-cost loans made by the bank.

The lawsuit also alleges that Wells Fargo gave financial incentives to employees who steered borrowers eligible for prime mortgages into riskier, more expensive mortgage loans. Wells Fargo denies these charges, claiming they have filters in place to prevent steering, but the lawsuit says those filters were very easy to skirt and it was common for employees to do so in exchange for bonuses.

The Illinois Attorney General isn’t just going after Wells Fargo for these allegations, their office says they are waiting for the judge to rule on whether it can move forward with similar charges against Countrywide which was acquired by Bank of America in 2008.