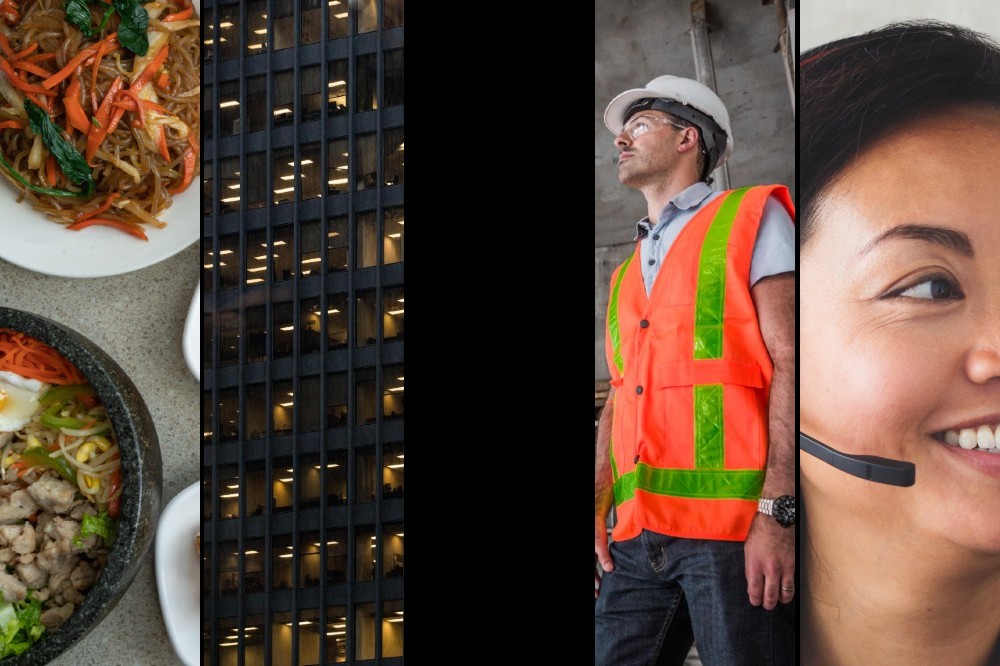 In a standstill, you know where you stand… still. In stop n’ go n’ stop again traffic, you have no clue. You go from 5 to 50 again for all of three feet, then back to 5. Eventually, you don’t even care about getting to your destination anymore, just so long as the tedium ceases.

Even though I left each advertising job under different circumstances, in late 2019, I realized, ‘Okay, maybe it’s ME. Maybe if I’m this frustrated with the traffic, I need to pull off the road.’

The last shift saw me go from copywriter, to house cleaner, to heavy metal head shop gal, to moderating freight brokerage in the span of two months. Hell of a detour…

Of course now that I’m out of full-time work in the field I sold my credit score to break into, the guilt of having left a career I soured on to break into a field I didn’t need to go to college at all for is… crushing. And new beginnings, with wages to match, are hard no matter who you are.

However, this shame and heaviness is all coming from the inside. My parents are proud, my friends are happy for me, and I have yet to hear anyone actively dumping on my decision to purposely exit the salaried copywriting field. And even if everyone sucked about my choice, it wouldn’t change the fact that so far it’s the best one. At some point, you gotta shake yourself by the shoulders, borrow from Mrs. Knowles-Carter, and scream: Suck on my job cause, I’ve had enough.

Why deal with a stigma when you could deal with stigmata, right? Those are way cooler. And I’m pretty done with wounding myself either way.

Multiple small, panicked hiatuses taught me something. Some things. First thing: truly powerful screaming comes from the belly, not the throat. Most relevant thing: I don’t want to write for other people, nor for brands that can’t use some variant of my own voice.

I thought I was a copywriting mimic octopus who could change colors, shapes, and textures to suit an environment, but this whole time I’ve been a chameleon— always keeping my funky fresh shape, and only changing colors to suit how I feel, or to attract mates.

I’m not going to act like career pauses are some great thing in which to discover yourself and do some eat, pray, love BS. I quite literally almost died of a bad infection during a time I was on a pause with no heath insurance. The pauses were financially and mentally draining, and if it weren’t for extreme strokes of good fortune in several places, I wouldn’t be in a position to write this piece.

What I will say is that I was able to bid the misshapen phoenix cycle that I was on a frantic farewell, at least I think so. Anything’s liable to change, such is life.

For now, there is only to bag up the ashes and try to use them in fertilizing my next steps.

Love can turn your passion into a successful business

(OPINION / EDITORIAL) There are a lot of ways to support small businesses this year, and a lot of different groups to support. Use this guide to spread the love! 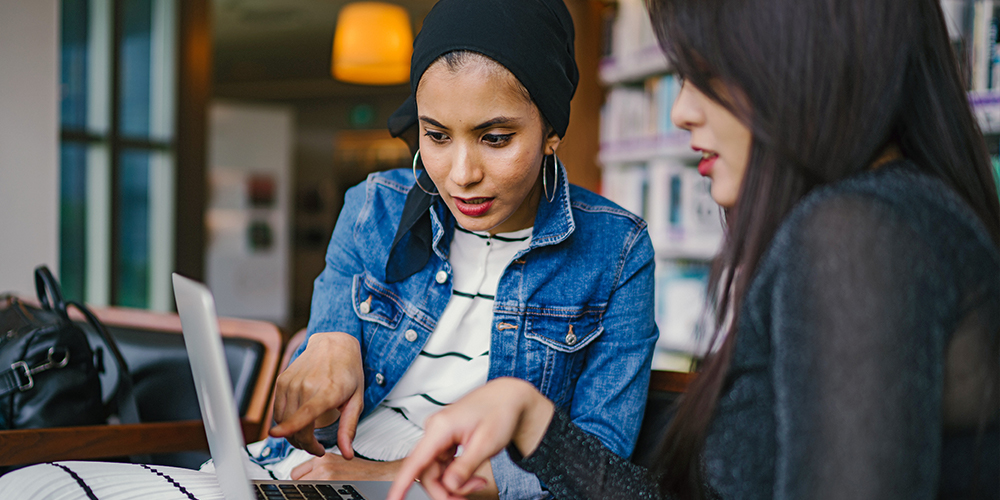 In 2019, the SBA reported that small businesses account for 44% of U.S. economic activity. Another report cites small businesses as creating two-thirds of net new jobs. Small, local businesses are big contributors to the economy. Business New Daily quoted Stephan Goetz, Ph.D., professor of agricultural and regional economics at Penn State and director of the Northeast Regional Center for Rural Development, “big, non-local firms… can actually depress local economies.” As we move into the holiday season, let’s focus on why and how to support small businesses.

How to find minority-owned businesses

I might be biased. I live in a rural community where local businesses are the lifeblood of the community. I see it every day. A local law firm set up the 4-H food truck in their parking lot as a fundraiser for a sheriff’s deputy who needed financial help after getting sick. It’s the local business owners that support the community center where I’m on the board. I see our local shops hiring local people who might be otherwise be unemployable. The town where I live has a large population of vulnerable individuals, people with developmental or physical disabilities. The generosity of our small businesses never ceases to amaze me.

Seek out small business this holiday season and beyond. It’s these businesses who make up the fabric of our lives. Community Impact Newspaper reports, “Over more than seven months, this once-in-a-hundred-years public health crisis has ravaged Austin’s famed small-business community, and countless local institutions have shuttered…” Local businesses have given to the community for generations. Now it’s time for the community to step up and support those local businesses.

(OPINION / EDITORIAL) Delegation is tricky, and can end up creating more work for yourself if it isn’t done well. Here’s how to fix that. 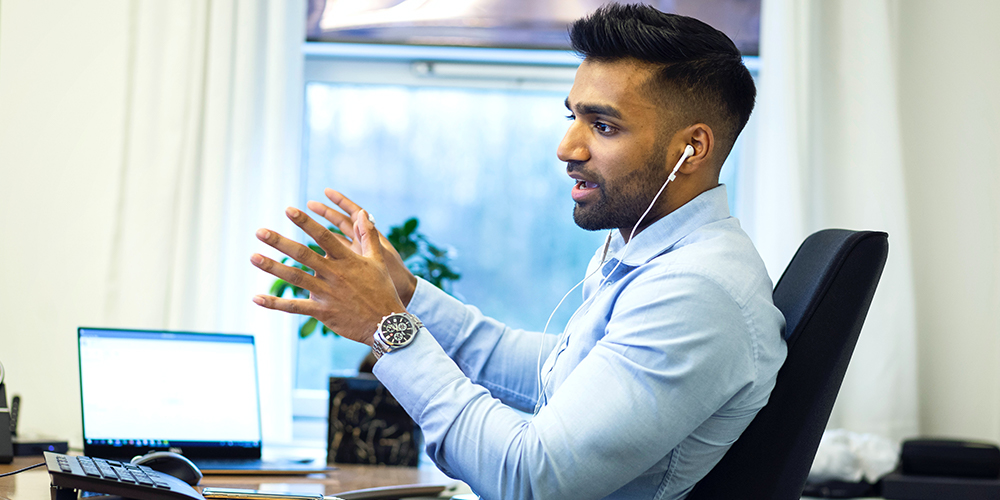 Delegating work is a logical step in the process of attaining peak efficiency. It’s also a step that, when executed incorrectly, leads to a huge headache and a lot of extra work for whomever is delegating tasks—not to mention frustration on the part of those asked to complete said tasks. Here is how you can assign work with the confidence that it will be done quickly and effectively.

Firstly, realizing that a “one size fits all” approach doesn’t work can be a bit of a blow. It’s certainly easier to assign tasks across the board and wait for them to be completed; however, when you consider how much clean-up work you have to do when those tasks don’t end the way you expect them to, it’s actually simpler to assign tasks according to employees’ strengths and weaknesses, providing appropriate supports along the way.

In education, this process is called “differentiation”, and it’s the same idea: If you assign 30 students the exact same work, you’ll see pretty close to 30 different answers. Assigning that same piece with the accommodations each student needs to succeed—or giving them different parameters according to their strengths—means more consistency overall. You can apply that same concept to your delegation.

Another weak point in many people’s management models revolves around how employees see their superiors. In part, this isn’t your fault; American authority paradigms mandate that employees fear their bosses, bend over backward to impress them, and refrain from communicating concerns. However, it is ultimately your job to make sure that your employees feel both supported and capable.

To wit, assign your employees open-ended questions and thought-provoking problems early on to allow them to foster critical thinking skills. The more you solve their problems for them, the more they will begin to rely on you in a crisis—and the more work you’ll take home despite all of your delegation efforts. Molding employees into problem-solvers can certainly take time, but it’s worth the wait.

Finally, your employees may lack strength in the areas of quality and initiative. That sounds a lot worse than it actually is—basically, employees may not know what you expect, and in the absence of certainty, they will flounder. You can solve this by providing employees with the aforementioned supports; in this case, those look like a list of things to avoid, a bulleted list of priorities for a given project, or even a demo of how to complete their work.

Again, this sounds like a lot of effort upfront for your delegation, but you’ll find your patience rewarded come deadline time.

Simplify your feedback loop with this powerful new WordPress tool

(OPINION / EDITORIAL) FeedbackScout is a new data-forward solution for any WordPress enthusiast, consolidating your feedback into meaningful analysis portals. 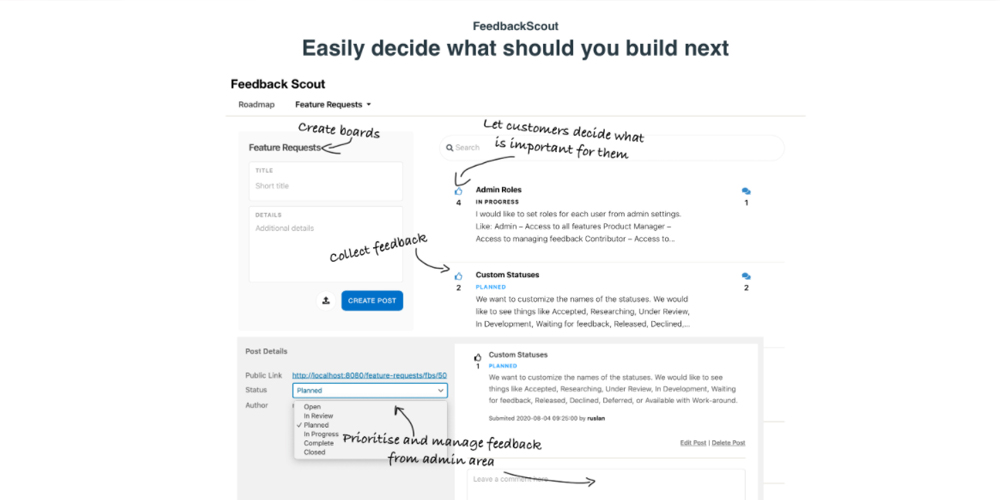 Feedback is simultaneously one of the most crucial aspects of any kind of service and one of the most frustrating things to collect—to say nothing of analyzing it. There are innumerable feedback collection tools out there to improve this process, each with their own pros and cons; however, if you use WordPress, a new tool might change the way you implement criticism.

That tool is called FeedbackScout, and its job is simple: To consolidate your feedback in a meaningful, easy-to-analyze format so you can spend less time combing through data and more time implementing it in your next product or build.

The way FeedbackScout works is reminiscent of Trello—something the developers assure you that you won’t need after using their tool. You start by creating a “Feature Request” post on your WordPress site through the FeedbackScout dashboard. Once it’s posted, anyone on your site can comment or use the built-in “Like” button to show their support for the feature.

Once you’ve posted several different feedback requests, you can monitor which ones attain the most input and focus on those—all from within the FeedbackScout dashboard and your WordPress site.

Perhaps the most powerful aspect of this model is its convenience. Rather than having to leave WordPress to review a spreadsheet, all of the feedback you need is built right into the form you post—and, if you’re using WordPress with the frequency with which one can justify implementing FeedbackScout, chances are high that your product’s users are comfortable enough with your site to leave their input expeditiously.

FeedbackScout also includes a feature called “Roadmap” that consolidates all of your feedback into a board of to-do resources. This feature can be shared with your user base to keep them invested in your progress; after all, if they know you’re working on features they requested, they’ll be more likely to come back frequently—and that’s good for you.

Collecting feedback and helping users feel heard is an exceptionally important process. As mentioned earlier, there are tons of feedback tools available for free these days, and most users are relatively comfortable with at least a handful of them (looking at you, Google Forms). If you use WordPress, though, FeedbackScout is a new and improved way of collecting, analyzing, and reporting progress on the requests you receive—regardless of your industry.

Craft the perfect cold email with these simple, awesome templates

Work meetings running long? This tool keeps them on time