What is “like”? Baby, don’t hurt me… but it’s the same as what it “meant” in middle school.

As in, it could mean any number of things, most of which aren’t as deep as you were lead to believe.

A lot of us are still hanging on to a like count translating directly to how many sales we’ll make, or how valuable our presence online is, and news like Instagram shutting down like counts threw people who land between the extremes of gas station flip-flop brands and Nike on the ‘How well are we known, and how much does it matter’ spectrum for a serious loop.

Well, this is where you exit the loop, because the likes are made up and the counts don’t matter.

That’s a bit harsh, let me try that again…the amount of likes you get on something doesn’t matter as much as you think it does.

Take YouTube’s interface for example. You can like a video to show your support, or dislike it because you disagree or think it sucks. Here’s the twist: it doesn’t actually matter how much a video was liked or disliked. YouTube just sees people interacting with the content, and doesn’t discriminate between fame and infamy when it bumps things up the lines for more people to view.

If any given shoe company shared a video of grade-school age kids working on our athletic wear, it’s highly likely that there’d be a lot of comments, a lot of likes, and a wave of dislikes.

Are the likes edgelords agreeing just to ‘own the libs’? Do they like the production values? Do they like the company values? Do those likes belong to repeat customers or not? Are they being liked because the person behind the account gave herself tendonitis being on her phone all day for a solid week, and selecting which playlist to put it in was too painful, so she just added it to her liked videos to save it for later because the Advil is too far away?

You have no idea.

And the same goes for any and every other platform out there. Ergo, strategy, presentations, and investments based on number of likes are all castles built on shifting sand.

I still remember a long form content-style commercial for some…keto…thing? With a witch in it, and she got her revenge body, and…stuff? Slapped a like on it. Did NOT buy that keto stuff. I couldn’t even tell you if it was a drink, powder, bar, or a gym at this point. We’ve come back full circle to the era of people remembering fun commercials, but not moving past that.

So what DOES matter?

You actually have to read these to see what’s valuable. There’s nothing sadder than having an alert go off with ‘10 new comments!’ but all of them are ‘I made 10k in a week working from my moonbase’ type spam.

Moreover, if all of the comments are negative, you’re doing great as far as eyeballs on all the ads you have supporting your site, but not so great on actually spreading what’s going to get you paid paid.

Have you ever seen a ‘hate share’? Those shares where your friends put a poor horrifically abused animal on your feed for NO GOOD REASON other than to show how much they hate the person that did it? Your brand content is not immune.

And not everyone’s settings will let you see the spirit in which something was shared. They could be buying. They could be outraged. The important thing here is that you monitor as much as possible, and don’t fall for the ‘no bad publicity’ line. You’re not the late Anna Nicole Smith (…right?). You’re a business owner.

This always bothered me back in other places I worked. We’d huddle up, and cheer over an email generating loads of opens and buys—woo, we did it troops, we’re on the way up, and so forth.

The catch was usually that this email was about a giveaway, or a huge sale.

When we used the same formula in titling, formatting, and getting hyped about other emails that offered products at full price? Crickets. And now that you can purchase through new social media integrations, we’re facing the exact same potential for premature e-celebration with old new media.

If no one’s willing to buy your product/service at full price, purchases during sales periods are nothing to get super excited about.

We’ve gone through a lot of caveats here, good job following it all! This is where we get to the positive part.

Follows are something you can reliably keep track of!

It’s confusing since Facebook uses the same verb for inviting a page into your life, and doing whatever with an individual post, and also you can follow without liking, or still like a page but unfollow it, so I’ll call the phenomenon of clicking a button that will put your content into people’s feeds free of charge (somewhat) ‘follows’.

Follows are people saying ‘I need you by me, beside me, to guide me.’

It’s someone being totally willing to let your company be a part of their day. It’s a reliable stop-gap measure between awareness and purchasing! Hate-follows are ‘a thing’, but unless your brand pages are set to follower-only (which…WHY), you’re more likely to know that the folks following you like-like you, and you can adjust your focus accordingly!

This whole article can be summed up as ‘You can’t make quantitative data the only thing you look at.’ Even going by follows, if you have high follows, but low purchases, it’s probable that the people you’re pitching to don’t have the capital you’re actually aiming for. Not to get woo on this, but a human-focused, holistic approach to analyzing your social presence’s performance is your only option for success.

Whether or not you include bells and incense is up to you. 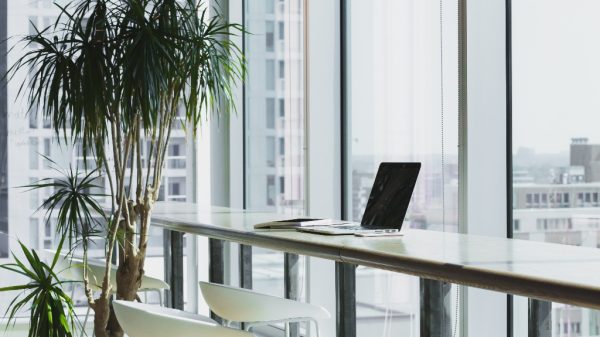