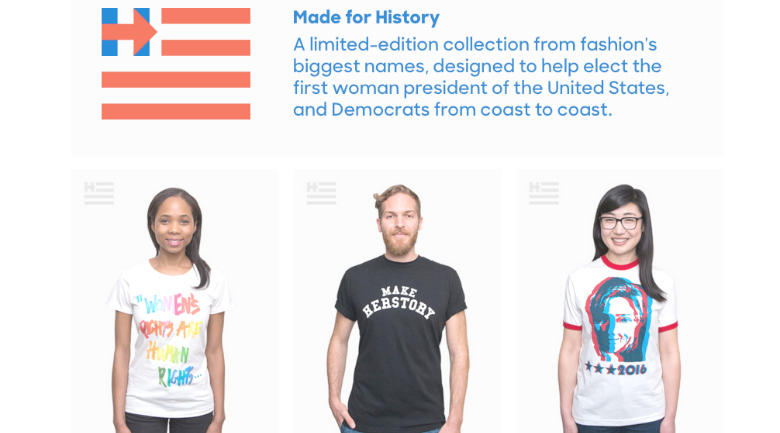 Hillary gets fancy with it

In an effort to keep up with her competitors, Hillary Clinton has launched an exclusive line of designer t-shirts on her campaign site. This isn’t as strange as it sounds when you consider many of the other candidates have launched similarly branded products.

Jeb Bush had a guacamole bowl. Marco Rubio used creative advertising on his logos (Ru-bae-o), and Clinton has enlisted some high end designers to create her campaign goodies.

Designer tees are really a thing

Clinton’s line of limited edition, designer t-shirts cost $45. This seems a bit pricey, but the other candidates offer shirts for $30. Clinton enlisted three designers, each of whom designed one shirt for the line. The three designers are Marc Jacobs, Tori Burch, and Public School.

The collection is said to “help elect the first woman president of the United States and Democrats from coast to coast.” Clinton told Vogue that these shirts are “an extraordinary new way to show enthusiasm” for her campaign. 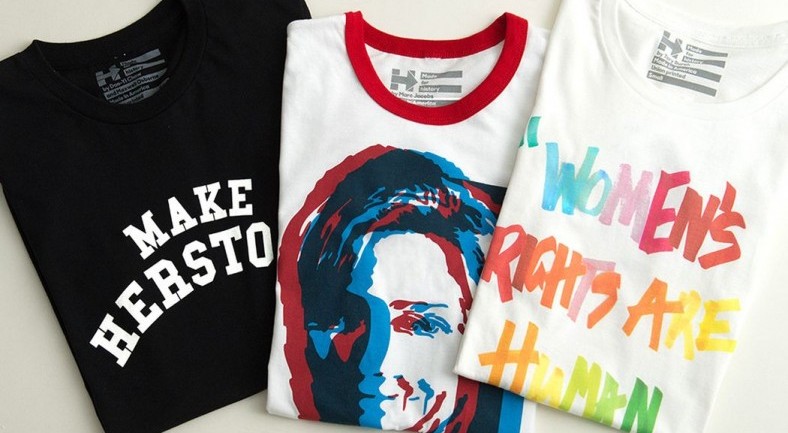 While some will disagree, this was an inventive way for Clinton to up her campaign merchandising game, especially with the younger crowd. According to Vogue, the designers were given free rein to put their own spin on the tee’s design. Burch’s features rainbow script advocating women’s rights; Jacobs’s is a ringer tee, and Public school’s has a decidedly varsity feel.

Jacobs has long been a Clinton advocate. He designed tees for her 2004 Senate reelection campaign, as well as for her 2008 bid for president. He stated, “my support for Hillary is grounded on our long-standing shared belief in equality. I am proud to share this t-shirt as a champion for equal rights, for the progress we have made, and for the hope of continued progress with Hillary as President.”

You can take a look through Clinton’s offerings on her website. Similarly, the other candidates for President have online stores: Sanders, Trump, Rubio, Cruz, Kasich, and Carson. What do you think, does high fashion have a place in politics?