I heard you went to the Mobilize 09 mobile technology conference in San Francisco last week. What did you learn?
–Somebody’s Watching

I’m not sure how you know what I was doing last week, but since you asked. Here are eight things I learned at Mobilize 09.

Mobile smart devices are an eco-system, baby…not a point product. Let’s all embrace shall we? 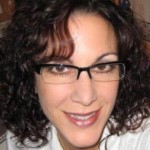 Ginny is a 360 degree marketing specialist with over a decade of experience in real estate-related fields. She’s held senior level marketing positions at Alain Pinel Realtors and Prudential California, Nevada and Texas Realty. She left the corporate world in 2007 to start her own marketing communications company, Cain Communications. She markets to segments that matter using media that matters. Follow her on Twitter @ginnycain.