Despite the rise of brand ambassadors, company evangelists and social media gurus running major brand campaigns, almost all brands are ignoring all most all attempts that consumers are making to connect with them. Just think about that for a moment- can you imagine if brands only answered the phone five percent of the time it rang? They would go out of business, so why is social media any different?

Socialbakers studied Facebook brand pages and made a starting discovery – only five percent of wall posts on brand pages ever receive answers. Even more shocking is that airlines and telecommunications had the highest rate of answered wall posts, but even then it was only just above one in five wall posts that received a response from the brands.

Although airlines and telecom brands seem to outperform others (despite still being woefully non-responsive), media companies committed the biggest sin by being at the bottom of the list, responding to barely one percent of all wall posts, reiterating their position that they are a megaphone and will continue to fail to interact regardless of pouring millions into consultants and staff that are there to launch their failing “social” media campaigns.

David Cohen at AllFacebook.com asks, “Will Facebook users who frequent brand pages begin organizing under the theme, ‘We are the 95 percent?’ ”

The study notes that wall posts should receive 65 to 75 percent response rates which brands are nowhere near. Naturally, there are exceptions, and some brands obviously outperform all others, but overall, brands aren’t getting the definition of “social” and are violating the culture of the very space they are occupying. 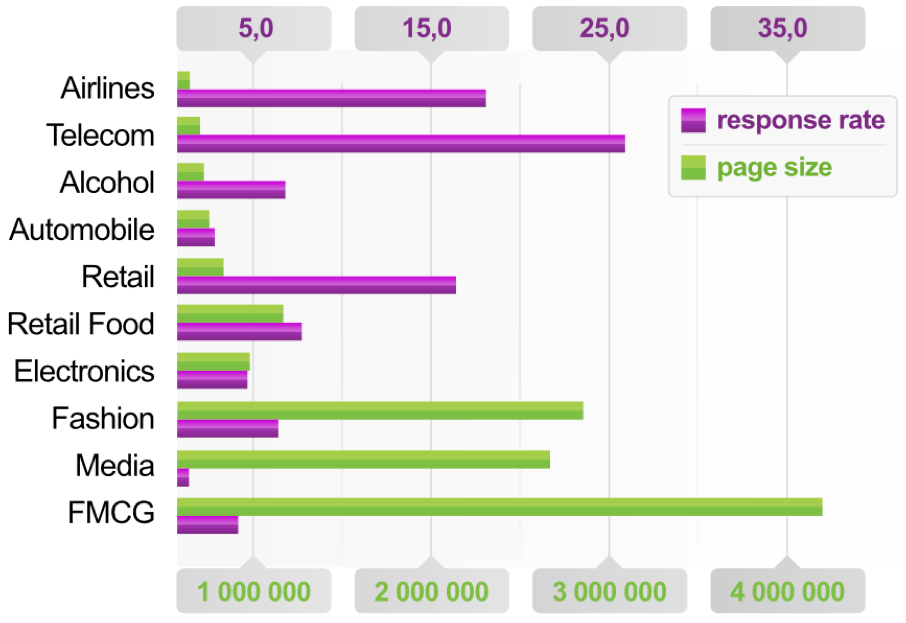