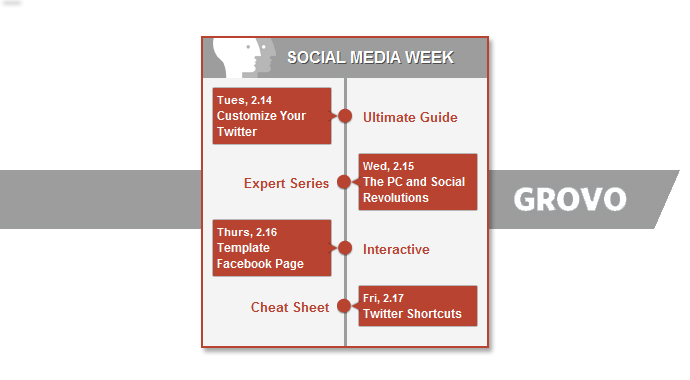 What is the first thing a business owner does when they want to figure out how to implement a new tech or social media tool? They Google “how to use Twitter” and are met with 101 guides from 2007 or opinion on minutia that doesn’t impact their business, and it can be overwhelming. Add to that the idea that a professional must somehow separate the wheat from the chaff, and disseminate credible information from the guru hacks that just signed up for Google+ last week and now charge $49.99 for online seminars on the topic.

One privately held New York startup has accumulated a video library that has the power to potentially displace the social media gurus like the Google+ “expert” mentioned above. Grovo is a web education and training platform that helps educate users for free on various topics about social media, primarily aimed at new users of each social network.

The company says they were “born both out of the realization that, before Grovo, there was no single, centralized location for online help and education, and the strong belief that people, from all walks of life, could benefit from learning about the Internet.”

There are over 800 video tutorials and Grovo content is “agnostic, and devoid of promotional language or ads,” consisting of video lessons that are typically one to two minutes long, takeaways, quizzes and glossary terms, all of which are produced by in-house writers, editors and voiceover professionals. The company produces 20 additional tutorials every week, so the content is always growing, and they say they keep lessons updated in the fast moving era of social media.

Grovo was founded by Harvard graduate Jeff Fernandez who was formerly at Clickable, alongside Columbia graduate Surag Mungekar, formerly at Nuance and Boston College graduate Nick Narodny, also from Clickable.