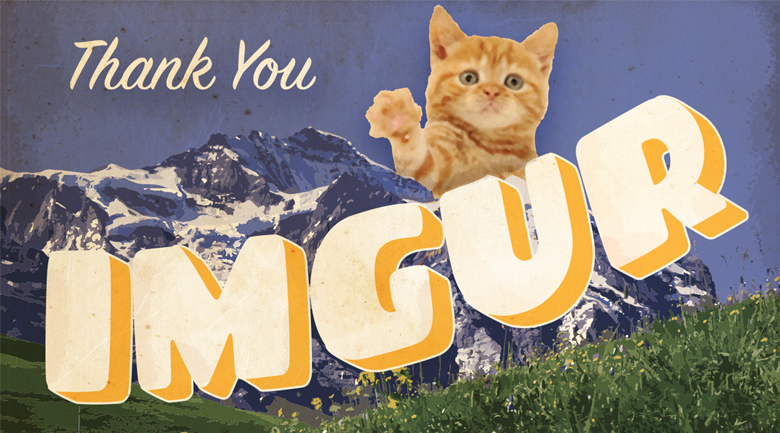 Imgur has been increasing in popularity, so much so that they’ve decided to launch promoted posts. Imgur conducted some beta testing this summer with big-name brands like eBay. If you’re not familiar with Imgur, it’s a bit like Reddit, only for images. Users post photos, GIFs, and memes, and the posts with the most votes rise to the top and get bragging rights. However, it’s also become it’s on unique community for sharing thoughts on a wide variety of topics. Imgur was originally created as a hosting site for images and now has over 150 million monthly users.

Read also: Imgur is a web community that’s both offensive yet saint-like

Steve Patrizi, Vice President of marketing and sales at Imgur talked about their promoted posts, stating, “we work with the advertiser to develop content that would fit well with the community. So, users perceive the content coming from brands as something that enhances the experience.” No where is this more evident than in the campaign that eBay ran this summer.

How Imgur helped eBay along the way

Since eBay was one of the first big-name companies to give Imgur’s program a test run, there was a bit of pressure to make it memorable; and eBay nailed it.  They did have a little help from Imgur. Imgur has an in-house creative team to assist brands in making their posts. The team helps the brand grasp the style, language, and content of the Imgur community. Imgur is getting ready to run more promoted posts, opening ads to more brands, following the footsteps of eBay; which appears to have achieved the magic formula.

What did eBay do to make this magic? For starters they made their best effort to assimilate into the Imgur culture. They learned what Imgurians liked and played up to it. This is true for any market, right? Absolutely. With 75 percent of the Imgur audience under 35, and 60 percent between the ages of 18 and 24, assimilating into the culture couldn’t be more important and eBay nailed it.

When the ad ended, they surprised past commenters with drones!

One of their most popular ads, entitled “It’ll be worth something, someday,” featured vintage toys and collectibles reminiscent of our youth. Imgur users started posted their favorite nostalgic toys, things their parents told them to hang on to, and items they wished they wouldn’t have sold.

When their promoted post period was over, eBay did something completely unexpected: they rewarded Imgur users for interacting with them. They posted the following message: “Over the past few weeks, you showed us your brilliance, your creativity, and shared your knowledge. You taught us how to provide value to the Imgur community. We began our campaign hoping to bring you to eBay, yet we’ve found ourselves becoming Imgurians.” Another classy move on eBay’s part: appreciating your audience.

Then, they started announcing winners; giving away more than $5,000 in drones and gift cards. How did they choose the winners? They selected people from the comments section whose posts made them smile, laugh, or learn something new. A pretty nice way to thank your new audience. 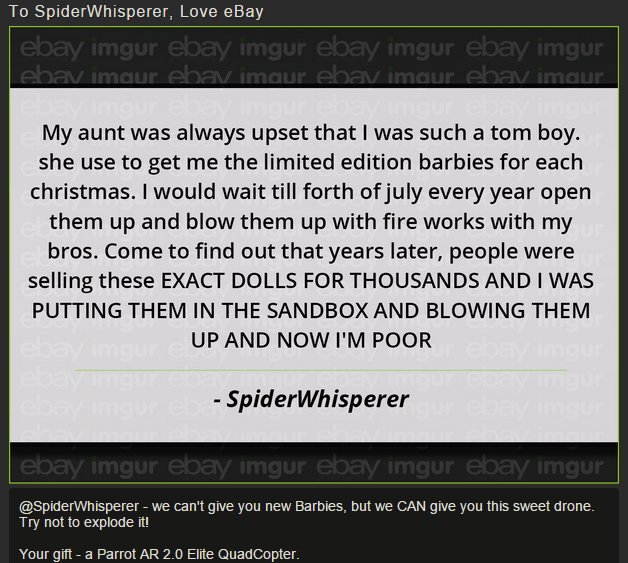 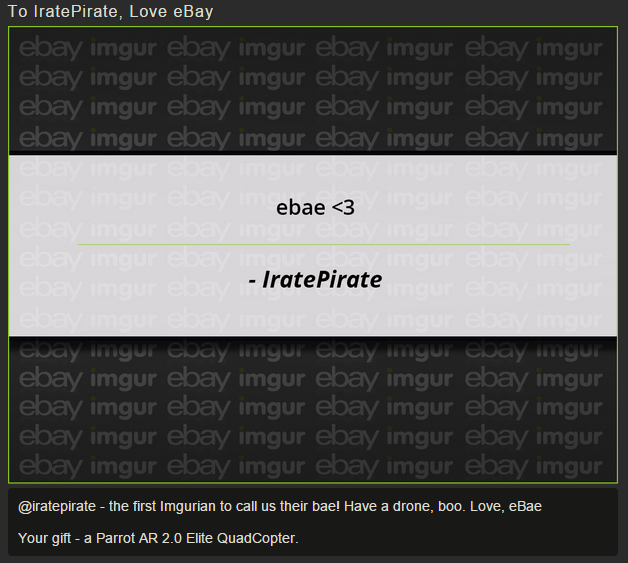 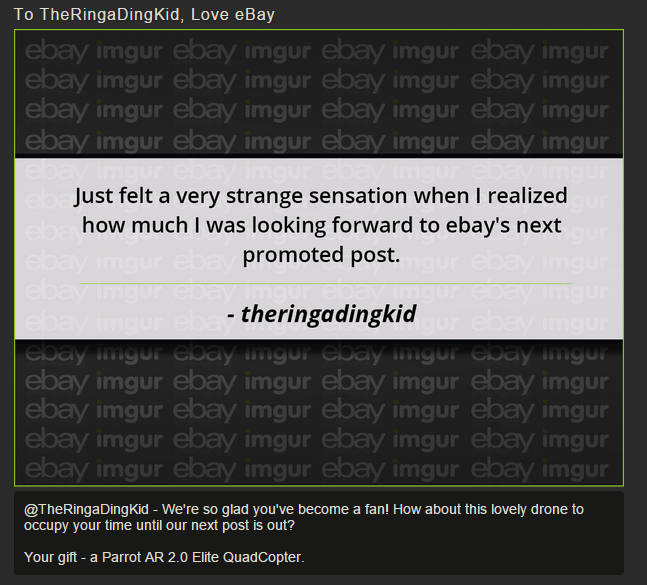 How they pulled it off (hint: they understood the culture)

This leads us to another part of the magical formula can be seen here: read your comments and take note of posts that are influential. Several of the comments read: “I didn’t use eBay before, but I will now,” or “I didn’t like eBay before, but this has changed my mind.” eBay very clearly integrated themselves into the Imgur community by knowing what the Imgurians liked, expected, and needed. This is how you nail promotions on Imgur.

Now, if other companies follow suit, Imgur could be the next social media platform to rake in the cash, but in a meaningful way.