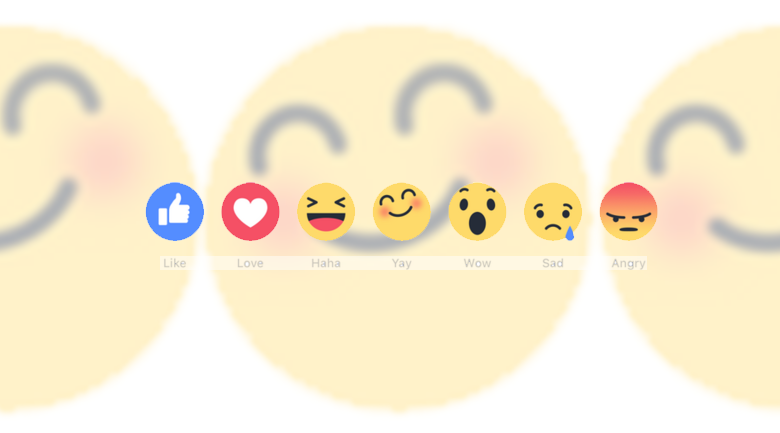 Like anything else, Facebook has to update itself from time-to-time in an effort to stay fresh and current. Its latest endeavor has been to release “reactions”.

Similar to smartphone emojis, reactions are ways of responding to someone’s message with symbols including: smiley face, sad face, hearts, etc. This was the alternative to Facebook’s never-ending promise of a “dislike” button.

Research done by YouGov examined American’s approval, disapproval, and uncertainty in response to the reactions. Sixty-six percent of people are in favor of the reactions while 14 percent disapprove, leaving 20 percent unsure.

The approval percentages were looked at a bit more closely, with 42 percent citing “somewhat” approval, and 24 percent giving “strong” approval. In terms of demographics, there was not too much of a difference. The findings show that highest disapproval rate is for those over 65 at 22 percent.

Better than a “dislike” button?

Think before you react

While I have yet to use them myself, the option to use reactions does make sense. For example, it always seemed a little dark to me when someone would post a status about the passing of a loved one, only to be greeted with the notification of Joe Schmo “liking” it. Now, Joe can react with a sad face as a way of expressing sympathy.

However, like with any other form of computer-mediated communication, it can be easy for these reactions to be misinterpreted.