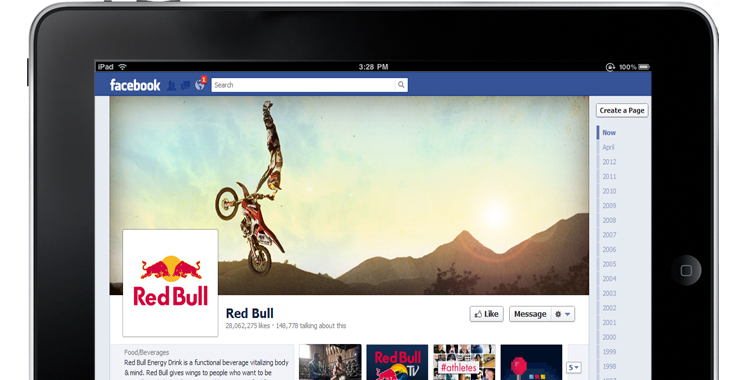 comScore’s new Mobile Metrix 2.01 report, used the company’s Unified Digital Measurement™ on smartphone devices to monitor a combination of passive on-device measurement with census-level data to “provide one of the most accurate and detailed views into actual U.S. mobile media usage across apps and mobile browsing.”

The results revealed that smartphones drive significant engagement for leading social networking brands, with Facebook the clear leader in mobile social network use. According to the report, on average, adult users spend more time using Facebook through a mobile app than on the web, in contrast to all other social media outlets. While comScore does not offer reasons why, one could speculate that this is true for a variety of reasons, including many people using Facebook while at work, but avoiding doing so on their office computers not only because it is monitored, but in many cases, it is not allowed.

Continuing to rise, 78 million Facebook users engaged for an average of 7.35 hours (441 minutes) in the month of March via browser or app. Twitter users offer a very different use pattern, with 25.6 million Twitter mobile users (excluding usage via third party apps) averaging 2 hours of engagement during the month, with just 20.4 minutes spent on Twitter.com.

Pinterest reached 7.5 million users in March and visitors engaged the brand for an average of an hour per month, which is nowhere near the engagement level of sites like Facebook, but the site is still young and growing, and the flaws in the mobile apps are still being worked out. It is surprising that the visual bookmarking site had such a low time on site compared to Facebook and Twitter, but the functionality of the site is far narrower than the social networks and early adopters are still using the network for personal use, with marketers present, but not representing the majority.

Also averaging just over an hour per month is Tumblr with 4.5 million users engaged in March, while location based service, Foursquare saw 5.5 million mobile visitors with an average of 2.5 hours spent engaged for the month.

Regarding the increasing use of mobile, particularly Facebook users spending more time on a mobile device than online, comScore notes that these results highlight “the importance of mobile engagement for mobile-centric brands.” 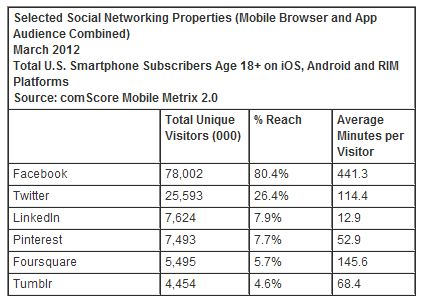