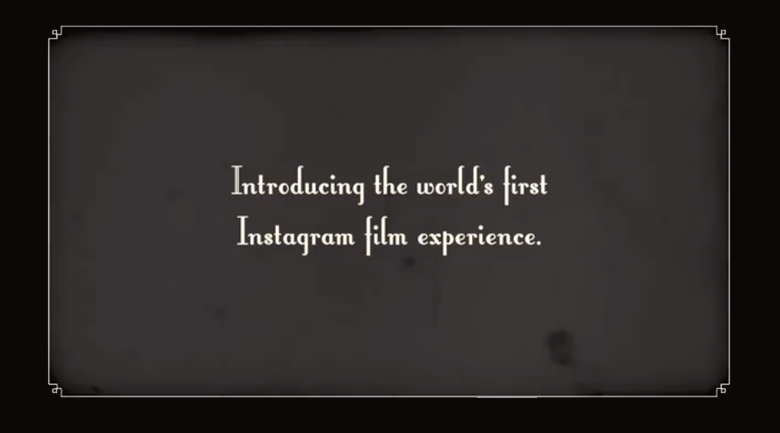 When the Toronto Silent Film Festival teamed up with creative agency Cossette, the to created “Instagram Trailers” to promote the festival, marking what is being called the first Instagram film ever made.

The project is significant not only because Instagram only offers still images, but because the team used the exact inventiveness of silent films being celebrated at the festival. Take a look:

In January, we posited that “There is something novel, something fun, something interesting that Vine has because (a) it auto-plays the looped animated gif, (b) it defaults to mute, thank goodness, and (c) it hits the sweet spot in between photo sharing and video sharing, so despite criticism, it’s looking good to us!”

Meanwhile, Google+ has gotten in on the animated action by offering animated gifs as profile pictures on their social network. Some may feel that the 90s have taken over, but think of the animation craze from a fresh standpoint, free of clip art and filled with real pictures of real people expressing themselves. It’s a marketer’s dream, really.

Lastly, throw in apps like cinemagram and the like (which allow you to take a video and subtly animate parts of the image as an animated gif that plays automatically), and you’ve got a complete picture of the emergence of animation in today’s web. Our attention spans have shortened so much so that even photos and reading captions take up too much time, so people are resorting to animation to cram in even more information.

With this complete picture, the Toronto Silent Film Festival got creative by creating an Instagram film that is novel and, of course, wins them more fans and followers while raising awareness of the festival. Brilliant.