It seems I have become the social network tester. Why? Because I am a nosy, glutton for punishment blogger that can’t stand not to know what the new “web of people you already know somewhere else” is.

I also needed a valid reason to come on AG and post this link to a great picture of my Georgia Bulldogs taking it to Colt Brennan during one of the eight times he found himself sacked. For the record, I would have rooted the Warriors with the rest of them had they been playing anybody else…but, they weren’t and this was just the way it had to be.

The Dawgs were masterful. They knew the game they had to play and they played it. Hawaii, while a good team in their own right, had no frame of reference for the big time game that is the Sugar Bowl. Georgia has been here numerous times before. They play games in big, sold out stadiums all year long. They know the drill and they are experienced in it. Hawaii just isn’t there yet. I hope they will be – but that comes with time.

So, I received an invite to join Steve Dalton on Konnect.com. Ok, sign me up. That process was real easy except they wanted me to download some toolbar to check my Outlook contacts for people there I already knew. Don’t think so.

Instead, I opted for the Facebook Contact route. Check went fine, but none of my contacts were on Konnect…I should invite them all…nope, not yet.

*Note – if you and I had just met, we didn’t know each other at all, would you immediately think it a good idea to invite me over to meet all your friends? Yeah, me neither. But social networks assume all the time that it is a good idea to make that step two in the process – it shouldn’t be.

Anyhow, there is also the Linked In contact check…did that too and found a few there. Then off to my profile homepage I went. Guess what – all the email address from all the folks I chose not to invite were still sitting there waiting for me to invite them. Um, no. I had to delete them. Not hard but really…should that even be necessary?

Then I begin to “complete the profile.” Fun – I can do this in my sleep. Until a “Save 10%” catches my eye. A quick clicky clicky reveals that you have to pay to do anything more that post a profile and join a forum. Pay? For a new service? That I know nothing about? Um, no.

So, if Konnect wasn’t competing for my time or my money against organizations that I already support, trust, and find value in, then maybe I would have hung around longer. But, they are new in a venue that is already saturated with all levels of players. I’ll keep my current fight song, watch to see if Konnect progresses and revisit the situation later. 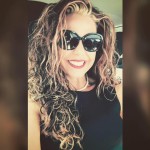