Yesterday and today, those who actively used Gmail were greeted with that prompt if they wanted to try Buzz, which proclaimed to organize and give some ranking to all the social networks we use today. This idea is great for Google, because it seems to be a chance for them to spread their global empire. Lots of people already are signed into Gmail pretty often, so why not take it beyond the point of chat and make it more “social”.

I’ve spent the evening playing with Buzz, and I think I’ve gotten the logistics down. It is something like a Twitter/Facebook baby, but that baby was premature and uuugly. Or better yet, a less-elegant version of the mostly defunct FriendFeed. Either way, besides from the integration with Gmail, it’s really nothing new, especially when you consider that it’s using some of the technologies from Wave, the other recent Google project that was more breaker than tsunami.

That said, here are a few of my observations about Buzz:

This last point is my main issue with Buzz. Even with the addition of a few tweaks, why would I use this over Twitter and Facebook? It’s not innovative enough to warrant stealing my time, and I already feel like I’m stretched thin on my online social activities at some points. Then again, in 2007 I asked myself why anyone would want pieces of my life at 140 characters at a time, so I will give Buzz some time to make improvements and then gauge its success.

In this article:gmail, google, google buzz 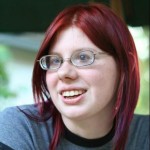