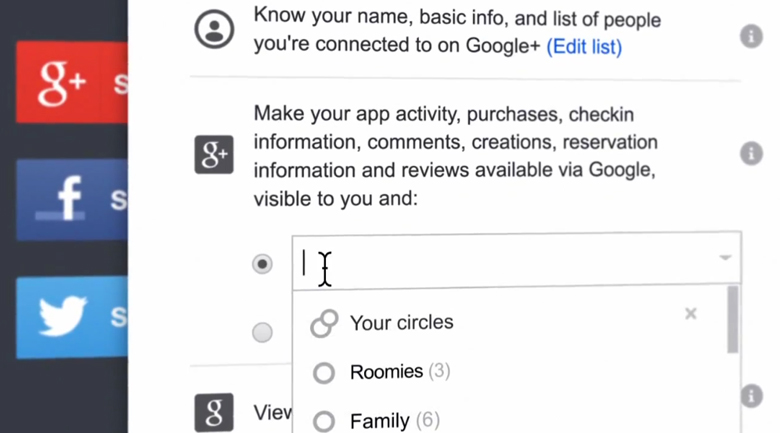 Any business with a website should take note of the new Google+ Sign In rolled out today, and while most people excited about the move will be developers, it should go mainstream fairly quickly. Although Google took the slow approach again, the evolution of the social web is perfectly timed for their new offering. Google+ Sign In allows you to sign in to third party apps and websites using your Google+ credentials, and through their 2-step verification process, you will use the same credentials as you use to log in to any Google service (Gmail, Google Docs, YouTube, Google+, etc.). The same goes for your website – instead of just signing in through Facebook or Twitter, they can now sign in with Google+.

Google wasn’t shy about taking a cheap shot at Facebook’s methods of sharing your private information, stating, “With Google+ Sign-In and circles you decide who to share with, if at all,” Google said. “In addition: Google+ doesn’t let apps spray ‘frictionless’ updates all over the stream, so app activity will only appear when it’s relevant (like when you’re actually looking for it).”

How Google+ Sign In could instantly boost your app downloads

Android users that visit a site with Google+ Sign In could see a pop up that allows them to log in with their Google+ credentials and instantly send the app (associated with the website they are on) directly to their phone. This solves a huge problem with apps wherein desktop users forget to later download an app, or simply don’t care to go through the extra steps of going to the Play Store, etc.

Although it could boost app downloads, it does leave iPhone users behind, which is not something that half of the market is used to. Brands should use caution when exercising this option, particularly if many of their visitors are visiting from any Apple product.

“When you share from an app that uses Google+ Sign-In, your friends will see a new kind of ‘interactive’ post in their Google+ stream,” Google said. “Clicking will take them inside the app, where they can buy, listen to, or review (for instance) exactly what you shared.”

Just as with Facebook, your activities can be shared on your stream, allowing others to check out what you like and what you are trying, thus boosting the potential for interactivity.

“Whether you’re building an app for Android, iOS or the web, users can now sign in to your app with Google, and bring along their Google+ info for an upgraded experience,” Google said in a statement. “It’s simple, it’s secure, and it prohibits social spam. And we’re just getting started.”

The bottom line is that while this is long overdue, it truly legitimizes the Google+ platform and will be dominating headlines for some time to come.

The Fancy is a site for curating and buying beautiful items from fashion to household items; click the image below to see Google+ Sign In in real time: 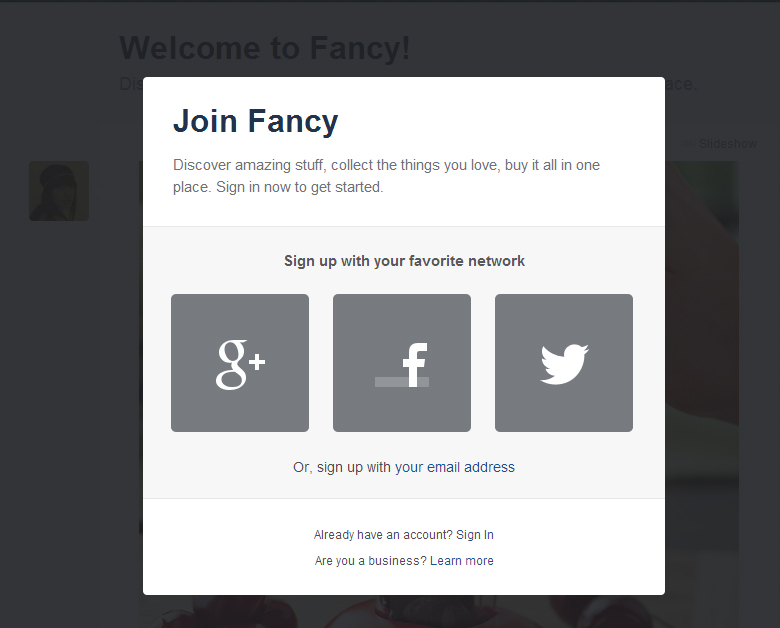 Even news sites like The Guardian are getting in on it, as seen in their massive promotion in stories today (click to visit): 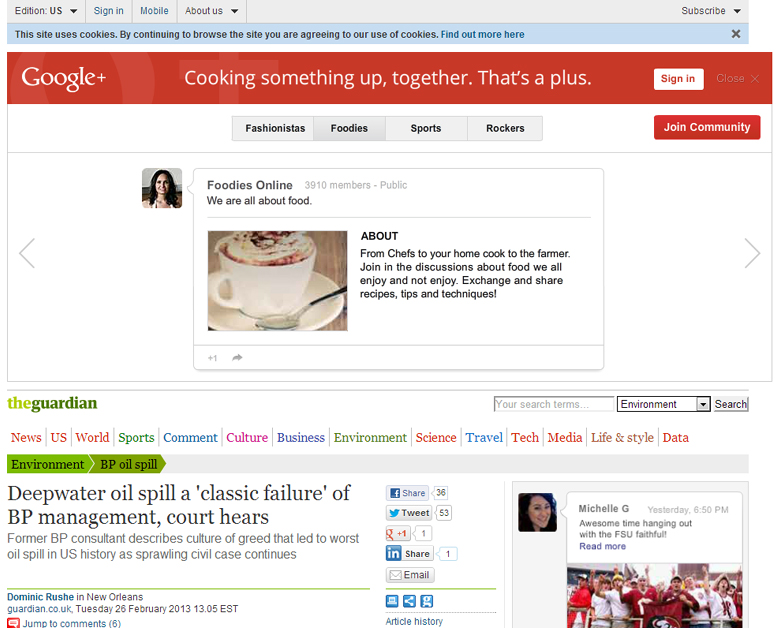