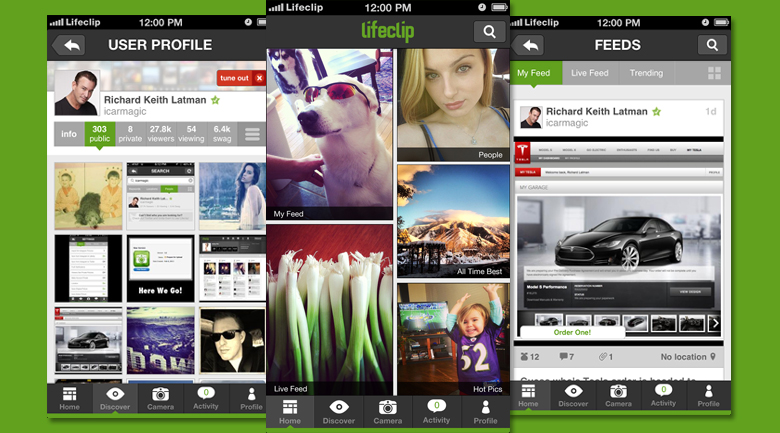 In December Instagram updated their policies, and users that did not delete their account would be subject to their photos being used in ads without direct permission, and while the company walked back the change, the terms of service (TOS) were softened, but many deleted their accounts, jumped ship, or made assumptions that the original language was not changed.

Instagram alternative, Lifeclip asks on their blog, “Why flock to an APP that does not have the users interest at heart? Can the corporate giant not settle the TOS dispute? Use an APP that conveys their Terms of Service clearly, in readable (not legal) text. Use #Lifeclip, we have nothing to hide: https://www.lifeclip.com/termsofservice.”

Related: Instagram just wanted to give you “an opportunity to raise any concerns”

Sam Anson, Business Development at Lifeclip tells AGBeat that, “Instagram once was new, free and indie. It was then swallowed by the Facebook, the perceived corporate monster, who many users thought could not be trusted. It’s no secret that the community was skeptical when it came to Facebook’s intentions when it came to the photo sharing service they so loved. Now that perception, whether real or not, has only been reenforced by the TOS missteps. Of course, we probably are only seeing the first instance of the user uproar regarding every move that Instagram makes changes regarding privacy or monetization attempts. It’s the perfect example of a self inflicted PR nightmare that will have long term ramifications.”

The company says they “want to be Switzerland in a land of big tech dictators,” as they seek to combine the best features of Instagram, Facebook, and Twitter with no display ads.

So why separate themselves, aside from potentially positive PR? Lifeclip leaders say that like many users, they became concerned with their own privacy as Facebook acquired Instagram, and responded by building their own mobile photo sharing social network from scratch, with the Instagram shift in TOS simply confirming their initial suspicions of Facebook’s intentions.

With already over one million images uploaded to Lifeclilp, the company launched a new iOS version of the app last month and say the Android version will be available in coming weeks, with Windows Phone, Blackberry 10, and dedicated Windows 8 “Metro” versions coming in the second quarter of this year. Anson said, “Over the next few weeks, we will add short video, multi-player gaming and our as mentioned above our first release on Android.”