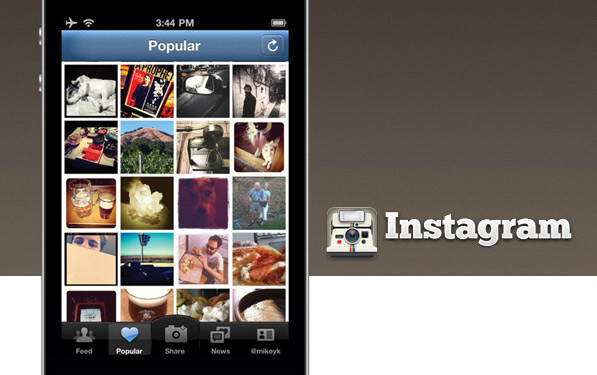 If you’re addicted to iPhone photo app Instgram but are annoyed that you can’t view your pictures or your friends’ pictures on a standard web browser on your desktop, there is an answer- Extragram which is a web based program that requires an Instagram login to get you started. That’s it!

Here is the brilliant history of Extragram in their own words:

“We created Extragram to solve a problem – the problem of not being able to view photos uploaded on Instagram properly on the web. Sonaal the avid iPhone user came up to me one day and said “Do you know about Instagram” and then proceeded to explain it’s features and the fact that it grew from 0 to 2 million users in 4 months! We spoke about it for a little while more and left it at that. A week later he was at it again, this time telling me that Instagram was growing by 130,000 users every week and that it lacked a good web app which would help Instagrammers view, like and share photos. If we were to point out to a spark which set off the fire called Extragram, this would be it.

We quickly decided on the name Extragram and bought the www.extragr.am and www.extragram.com domain names. The next in our ‘things to do’ was to find a trustworthy partner to bring our concept to life. I spoke about this idea to Kevin who in turn brought Karthik and Ila on board. This took place during the first week of March. About a month later, Extragram went live!”

Why this reminds us of Twitpic

Did you know that we were among the first 10 users of photo sharing site Twitpic, and the first to write about it? Back then it was just one web developing kid in Oklahoma solving a problem he saw with Twitter- the inability to automatically syndicate smartphone pictures to a user’s Twitter stream. Now it is the native tool on Twitter.

Extragram has that same up and coming vibe. Maybe Extragram will eventually be acquired by Instagram, maybe both will be acquired simultaneously, or perhaps Instagram will build their own Extragram. Regardless, this is a great solution for Instagram users that need expanded capabilities for their digital shots.