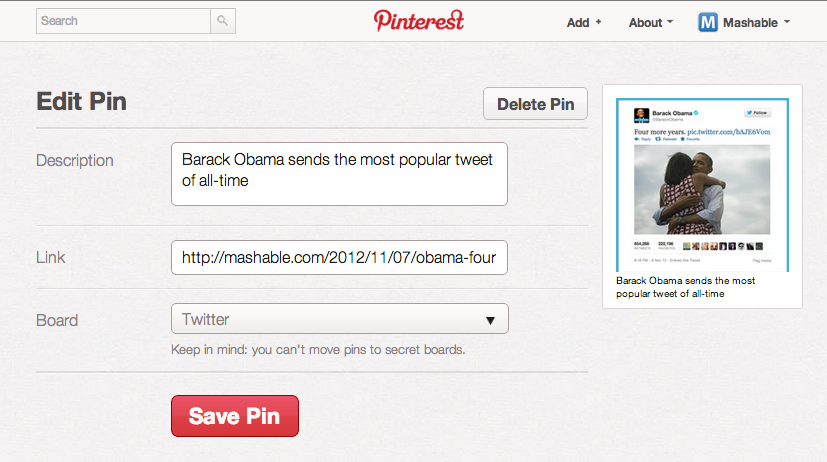 In January, we suggested 42 tweaks Pinterest should make, including private, secret boards for the purpose of sharing with a small group privately, or simply a personal bookmarking page for a single user’s eyes only, say, to organize pictures of dresses for a bride, or to gather images of potential products an office team may be considering investing in.

UPDATE: Pinterest has now rolled out “secret boards,” click here to learn how they work and to read more.

Tech writer Lauren Indvik shared the above image this morning noting a mention of “secret boards,” which they were unable to create or find mention of elsewhere in the Pinterest ecosystem or on the Pinterest blog, which has been taken as a sign that the company is preparing to roll out the feature in short order.

As usual, Pinterest has not responded to request for comment, but users saw an alert yesterday upon logging in that the site would undergo “scheduled maintenance” yesterday afternoon.

When we attempted to duplicate the message above, it appears that Pinterest has removed the message, and there is no longer mention of it anywhere, which we suspect means it was not yet meant for public consumption. 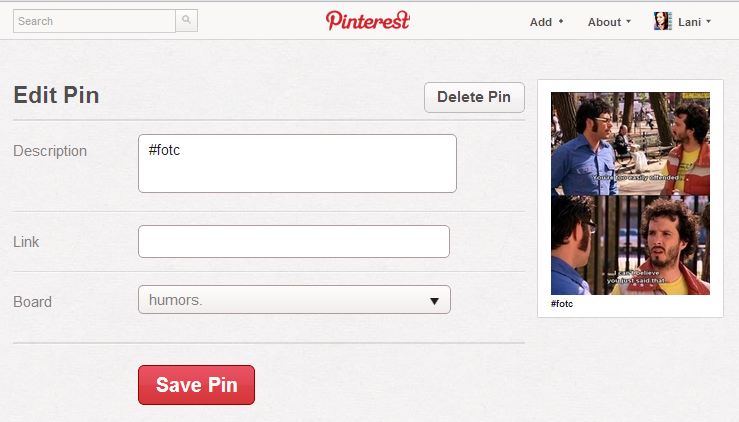 How secret boards could be used

Much like Facebook offers “secret groups,” Pinterest’s impeding “secret boards” or “private boards,” depending on what they end up being dubbed, offers a much needed layer to the visual bookmarking site that is long overdue.

In January, we opined, “Pinterest must offer private boards or the ship could sink. I mean it. I want to be able to share cuss word filled memes with my best friends but not my professional audience or the public at large. I would like to keep notes for myself on fatty foods I don’t need anyone to know that I’m eating. I should be able to Pinterest with just my parents, in-laws, and uncles who are all on Pinterest (but not Twitter, by the way).”

Pinterest continues to grow as a community, but the option to have private boards could bring back users who have slipped away, or engage new users by allowing private, tight-knit groups or family to share without the public’s eye being on them.