People act as if putting the word “social” in front of “networking” makes it new or different somehow, when the premise is so the same as it ever was.

Networking is defined by Merriam Webster as: : “the exchange of information or services among individuals, groups, or institutions; specifically : the cultivation of productive relationships for employment or business.”

Well, that sounds an awful lot like what every social media expert tells you you should be doing on social networks (present company included).

Some food for thought:

If you have ever been a member of a civic club or volunteered for a charity…you were networking. Volunteered at your child’s school? Networking again. You get the idea.

Reconnect with that network acquaintance in a new way and then start a conversation.

You find someone on Facebook or Twitter that you connect with over a shared geographic location or special interest. Invite them to meet for coffee or ask them to come to your next Tweetup to meet face to face. Taking your new internet network offline can be a very powerful social tool.

The thing to remember when networking, whether it is via social media or “old school” methods, is to be your best professional self. Be real, be helpful, be open and genuine and be interested in the other person. THAT is the essence of networking no matter If the space is virtual or “real.”

In this article:face to face, networking, News, Real Estate, social 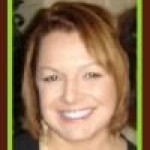