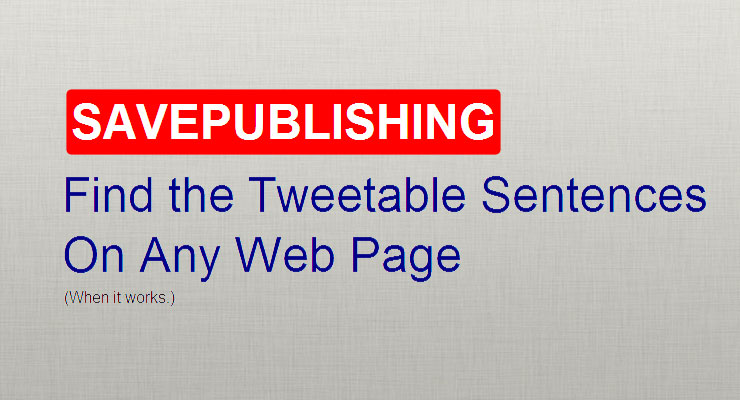 SavePublishing: a joke that has gone horribly right

A new browser bookmarklet, SavePublishing, analyzes any web page, and based on an algorithm, selects “tweetable” sentences, and with one click, users can click the selected sentence(s) to instantly tweet that sentence and the link to the original source, as a means of “saving publishing,” so the creator jokes.

SavePublishing founder Paul Ford tells FastCo that he designed the bookmarklet as a joke. “It seemed like such a bad idea, and yet I decided I needed to build it and see what happened. A friend described it as ‘turning Twitter into Pinterest for sentences’ … I don’t think he was praising it, by the way.”

When web browsers visit the site, it prompts you to drag the orange square (“bookmarklet”) to your bookmark bar, and when on a page you want to discover tweetable sentences, look up to your bookmark bar and click “SavePublishing,” and it will do all of the work (we advise you read the article first, of course).

Although designed as a joke, Ford confesses to using the tool every day, so we thought we would test it out. It’s ugly and clunky, but darnit, it actually worked for us. We tested an editorial from last year entitled, “Cultivating female leaders begins at childhoood: what we can do better,” as seen in the screenshot featured below: 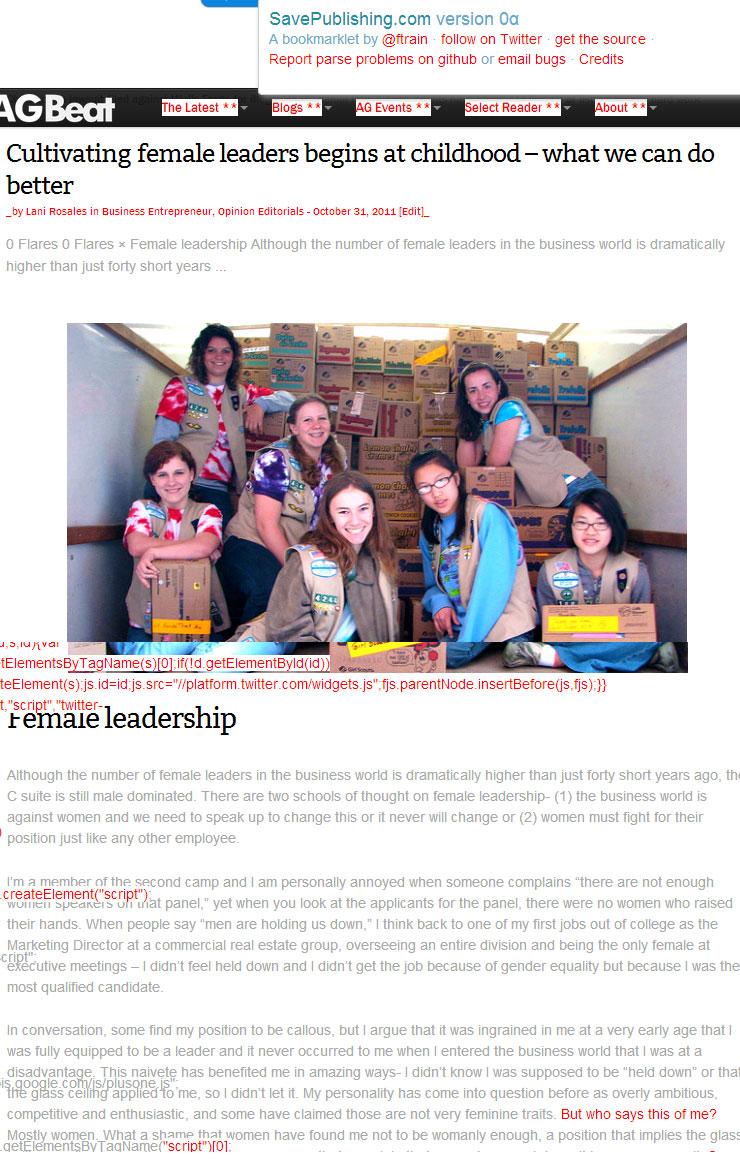 Simple, ugly, genius, not at all hilarious

While it’s not the sexiest of tools, it actually serves a great purpose. A very unscientific, but great purpose – making it easy to share quotes from stories.

When you’re in a rush because you already spent three minutes reading a story instead of calling your client back, and you don’t have another 60 seconds to waste postulating a clever comment to tweet alongside the link you’re going to share, just use SavePublishing.

It isn’t really saving publishing; to be frank, it’s doing a great job of saving time for those who were already going to share content by simplifying the process. Genius!

In this article:content marketing, Social Media