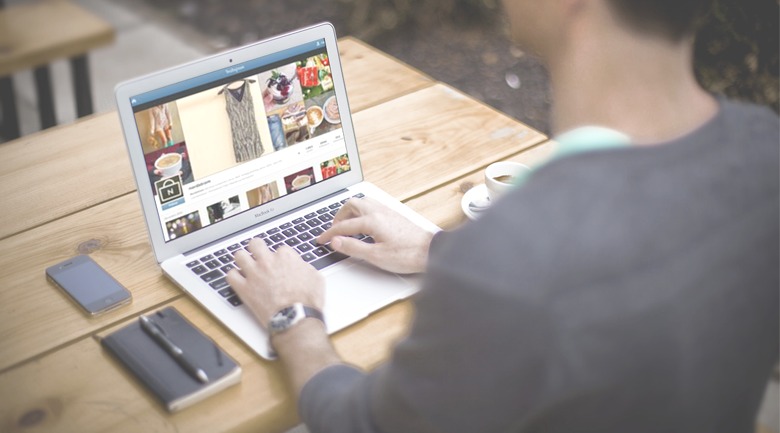 If you’ve spent any significant time on Instagram recently, you’ve probably been inundated with posts asking you to turn on notifications for the accounts you follow. These cloying pleas for attention have come in a range of creative renditions, from clean-typed formal letters to sappy “let’s stay together” proposals.

Enough already, people. Your users aren’t breaking up with you.

To the uneducated eye

Okay, let’s be fair: from a sympathetic standpoint, Instagram users–especially small businesses, freelancers, and the like–are seeing their preferred social media platform undergo a paradigm shift, and that’s scary. Most of these aforementioned demographics have worked pretty damn hard to build up their proverbial empire, so the potential for it all to come cascading down isn’t a laughing matter.

And, from these terrified users’ points of view, their status is similarly threatened by a convenience factor. Notifications notwithstanding, what if people have to manually search accounts to catch up with these users? Surely that’s too much effort! Logically, then, this algorithm change must spell doom and gloom for Instagrammers everywhere…

…except remember when Facebook did almost exactly the same thing with their algorithm regarding pages? The takeaway there was pretty straightforward: if the page had any sort of recognizable following or fanbase, it persevered. The kind of people who are worrying about their livelihood going down the drain are exactly the kind of people that shouldn’t be worried about a thing.

And, again, consumers aren’t stupid. I have several people that regularly show up in my Instagram feed, all of whom I adore. If, for some reason, I didn’t see a post from any of these fine folks for more than a day or two, I’d be all over their page making sure they were still alive. As long as you do your job, your fans will do theirs.

Word to the wise

Regardless of what anti-social media activists will have you think, neither Instagram nor Facebook is ever out to “get you”. If they upgrade or change a fundamental aspect of their programming, it’s normally just to accommodate more users in as efficient a manner as possible.

Don’t worry about getting left behind; although you may have to play catch-up at some point down the line, that’s just the way business works.

In the meantime, feel free to steal this image our COO Lani Rosales made for her own Instagram. Let your fans, friends, and followers know you aren’t afraid of a simple update.

I made this for Instagram, you can totally steal it. Facebook changed their algorithm and engagement levels went UP on my personal page. Imma be aight. You will be, too.