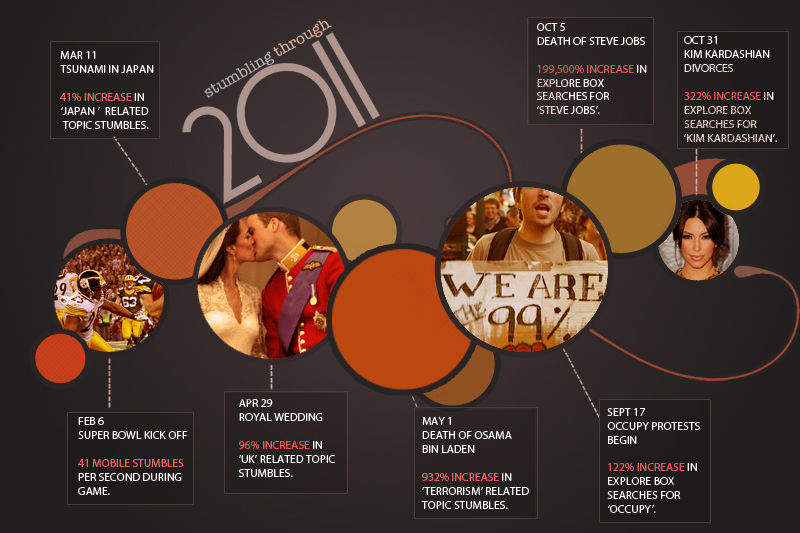 A year in StumbleUpon

Through the eyes of StumbleUpon users, 2011 was a tumultuous year that was highlighted with triumphs. The top searches as depicted in the above infographic include searches related to the Japan Tsunami, the deaths of Osama Bin Laden and Steve Jobs, and the Occupy protests with a hint of celebrity intrigue with searches skyrocketing about the royal wedding and the divorce of Kim Kardashian, topped with a massive amount of activity surrounding the Super Bowl.

In October, StumleUpon announced that it had reached 20 million users with over one billion stumbles per month, reporting shortly thereafter that 2.2 million web pages are added to StumbleUpon every month and that StumbleUpon drives over half of all social media traffic in America.

In response to their dramatic growth and their 2011 spike, the company launched a complete redesign of their logo, site and stumble bar for browsers which was hailed for being in line with the current hot web design trend of clean minimalism.

The question of quantity over quality remains as StumbleUpon garners more attention in the social space. The site is growing and users are relying on the search function as their information source in droves.

In this article:Social Media, Stumble Upon, Technology