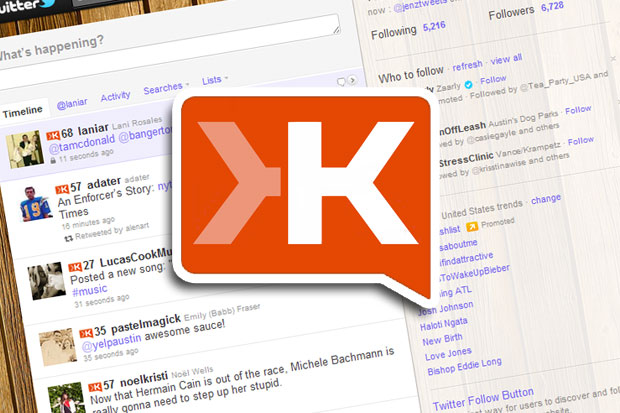 No one can debate the fact that there are many influential people and companies across the world. Even with so many choices, it would be increasingly difficult to narrow it down to the top ten. But great news! Klout did the work for you. Based on social networking activity and specialized topics, Klout has created a top ten list for the most influential Klout users on the topic. Below is that top ten list with each person or company’s respective Klout score.

Robert Scoble is a blogger and author, and he is best known for the Scobleizer blog. His blog began and increased in popularity while he worked for Microsoft.  He is currently a part of Rackspace, which is based out of San Antonio, Texas, and is a web hosting company.  According to Klout, Robert Scoble influences over 176,000 people.

As the main Wall Street Journal technology columnist, it’s not wonder why Walt Mossberg made the list. Mossberg also hosts the annual D: All Things Digital conference. Mossberg’s “primary network of influence,” according to his Klout biography, is Twitter.

Influencing over 30,000 others, Om Malik is a journalist who has written for Forbes, Wall Street Journal, and several other media outlets. He has since founded his own business, GigaOmniMedia, which publishes several blogs, including NewTeeVee and Earth2Tech.

Founded in 2003, ReadWriteWeb is a technology blog that offers “insightful analysis about each day’s internet industry news.” But ReadWriteWeb is more than just providing its readers with the latest news; it is also known for providing valuable opinions and analyses on the latest technological news.

Guy Kawasaki was an Apple evangelist and currently is an author and co-founder of Alltop.com. Some of his published works include The Macintosh Way and Selling the Dream. His Klout influence envelops 166,000 other web users. Kawasaki’s top three influential topics are marketing, technology, and social media.

And this is where gamers across the country are represented. Veronica Belmont is known for her projects and shows on Tekzilla, The Sword and the Laser, and Revision3.com—to name a few. She speaks at conferences and participates in panels that relate to gaming and social networking. She has written for PC Gamer, Slate, DoubleX, and MaximumPC.

Part of the Gawker Media network, Gizmodo is a technology-related blog. Gizmodo considers itself “the go-to authority for gadget news and digital culture.” Gizmodo focuses on types of technology that will change, alter, and improve the way we all live, work, and think. And with Klout’s estimation of over 96,000 people being influenced, Gizmodo has definitely earned a spot on this list.

As a self-described “app developer and tech commentator,” Gina Trapani creates apps that will make your life a little easier and maybe even a little more fun and entertaining.  Trapani has written four books about technology and is the founding editor of Lifehacker, a website all about “tips, tricks, and downloads for getting things done.”

With an influence pool of over 131,000, Chris Pirillo is the founder of a network of blogs and forums known as Lockergnome. Pirillo considers himself a “geek, internet entrepreneur, hardware addict, software junkie, and technology consultant.”  His influential topics include entrepreneurship, technology, and social media.

Acknowledging the top influencers in any given field or industry, including the technology industry, will guide you to the leaders in the field, so you can connect and keep abreast of current trends. Although this list does not account for offline influence, and many power users have deleted their Klout account in protest of the scoring process, the above represents the top 10 which gives an overview of web influencers on the topic of technology.