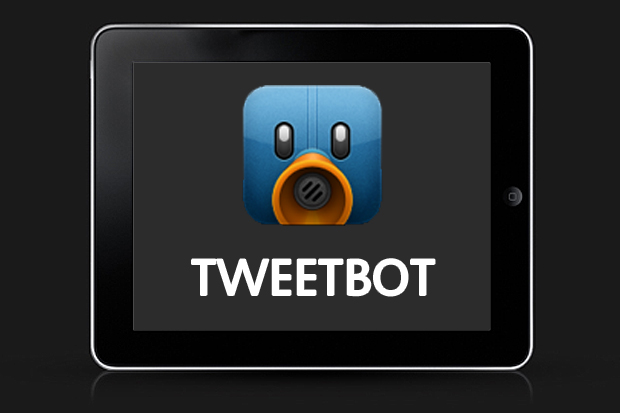 Tapbots just released their Tweetbot Twitter client for the iPad, making for a more streamlined and user-friendly Twitter experience with the convenience of using your iPad. And on an even better note, they’ve also released a 2.0 upgrade for the iPhone version. If you already had Twitterbot on your iPhone, you can upgrade for free. And if you’re looking to add the app to your iPad, it costs just about three bucks. So, whether you have an iPad or iPhone—or even both—here are some things you can look forward to.

For starters, Tweetbot offers you the ability to switch between multiple timelines quickly and easily. If you’re an avid Twitter user, you know you can create lists in order to keep your timelines organized and on-topic. You can have a list of your coworkers, people you know if real life, or a list of celebrities or companies that you follow. With Tweetbot, navigating between timelines is simple, effective, and—heck, I’ll throw it out there—fun.

One thing that you won’t find on the iPad app but you will find on the one for the iPhone is a sliding panel. Instead, the iPad app has permanent formatting so that it can be easily accessed without any extra effort. One major improvement in the 2.0 version is the inline images. This means you can see part of the linked content without actually having to click on it. The new upgrade also make a link clickable by just one tap instead of the standard two, saving you time in the long run.

While the new iPad app and the new iPhone upgrade are great additions to any app collection, there are a few drawbacks. The first one being that they didn’t create a universal app for both the iPad and the iPhone. This means that you ultimately have to buy it twice if you use both devices. The second drawback is for those who were already using the iPhone app and then try to use the new iPad client. You will be used to tapping on the name of the list you want to view, but in the iPad app, that will not work. You’ll have to tap on a small icon on the left-hand side of your screen. While it may not be a big deal, it can be confusing and end up wasting some of your time as you try to readjust the habit. You’ll get used to it eventually, but it can become confusing if you use both devices regularly.

Whether you use Twitter for business or pleasure, Tweetbot can make it a more streamlined and enjoyable experience. And if you’re managing Twitter accounts for clients or your own business, the new features and upgrades will save you time by offering a more focused app with your productivity in mind.