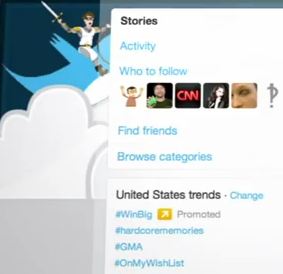 As seen in the video above, Twitter has undergone a makeover and followed the trend of sites and services using minimalistic design to better accommodate all devices as mobile use skyrockets. The changes to Twitter are not to privacy settings or advertising methods, rather an update to the user interface.

Of the transition, Statesman.com journalist, Omar Gallaga said, “rather than the kind of redesign Facebook regularly pulls, where things seem to get more convoluted and options get buried deeper into an endless labyrinth, Twitter’s redesign is actually meant to make it easier, friendly and more inviting to newbies who don’t know a Retweet from a hashtag.”

Twitter says their design is consistent across devices, they’ve integrated video and photos into the main stream of updates, added a new tabs system, changed the conversation flow layout, added a discover option for hashtags, and updated the profile layout among other things which appears to support Gallaga’s assertion that the new Twitter is designed for the tech savvy and new users alike without imposing a learning curve.

The new features will be rolled out to all users in coming days, but to get the mobile application first, click the image below and scroll to the bottom of the page:

To better serve their advertisers and monetize further to earn their $1.16 billion in investments over the years, Twitter has announced brand pages with a new interface customizable by brands. Brands will be able to highlight current campaigns that users will see when they visit the brand page. Customization will include banners and promotions to match brand campaigns.

The program has announced 21 advertising partners for the launch including American Express, Pixar, Best Buy, Pepsi, Bing and Heineken. The pages will appear like Twitter’s below: 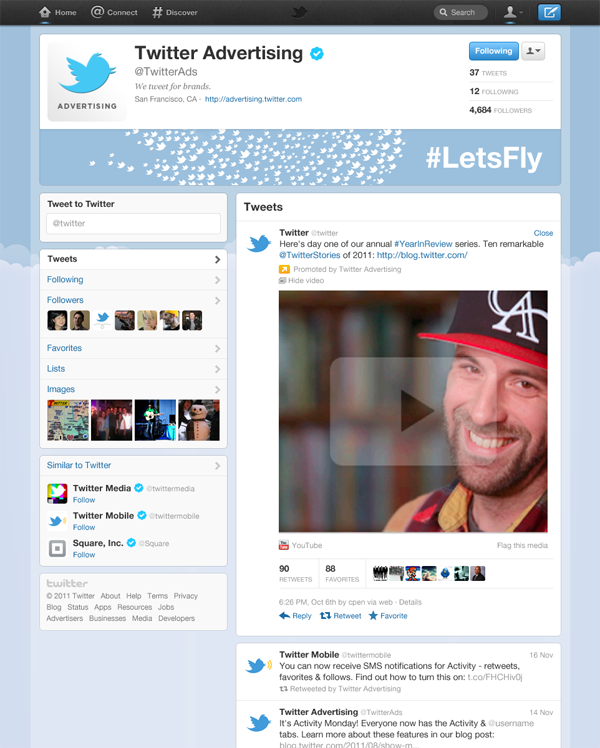 Coinciding with Twitter’s redesign, TweetDeck which was acquired by Twitter this spring, is also getting a new version for Mac users.

TweetDeck will no longer use Adobe AIR and is using HTML5 and like the new Twitter, it lauds simplistic design, dropping several features like the ability to add dozens of other social networks, rather focusing on Twitter while keeping Facebook integration. The reviews about functionality have been mixed, but the aesthetic design is receiving high praise. 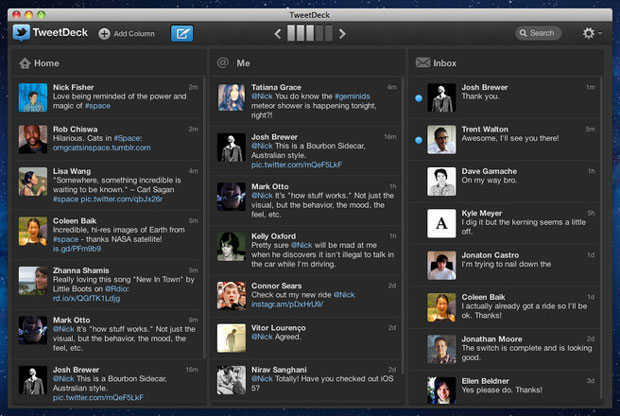