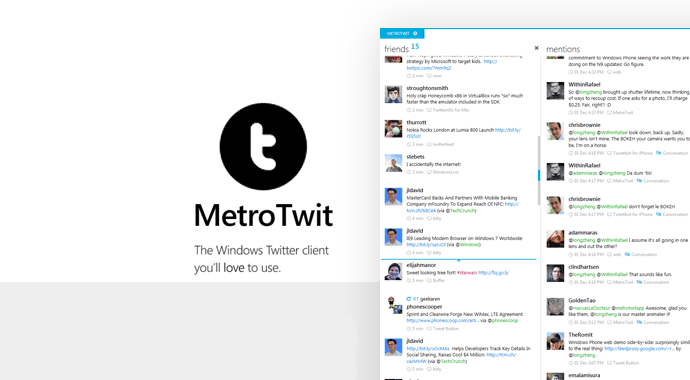 Inspired by Microsoft’s Metro design language created for designing the Windows 7 phone interface, MetroTwit which is far less clunky, slow and hard to read as its counterparts. Compatible with Windows, MetroTwit is a much more streamlined Twitter client that has very simple customization options that keep the screen clean, perfect for fans of minimalist design (like most of the AGBeat team).

The company proclaims that less is more. “It looks simple because it is simple. MetroTwit is proudly just a Twitter client and brings out the best Twitter has to offer with simple yet intuitive features.”

The client takes advantage of the latest Microsoft .NET 4.0 and Windows Presentation Foundation 4 frameworks, and is a native Windows application which means no Adobe products to install or keep current (or crash). 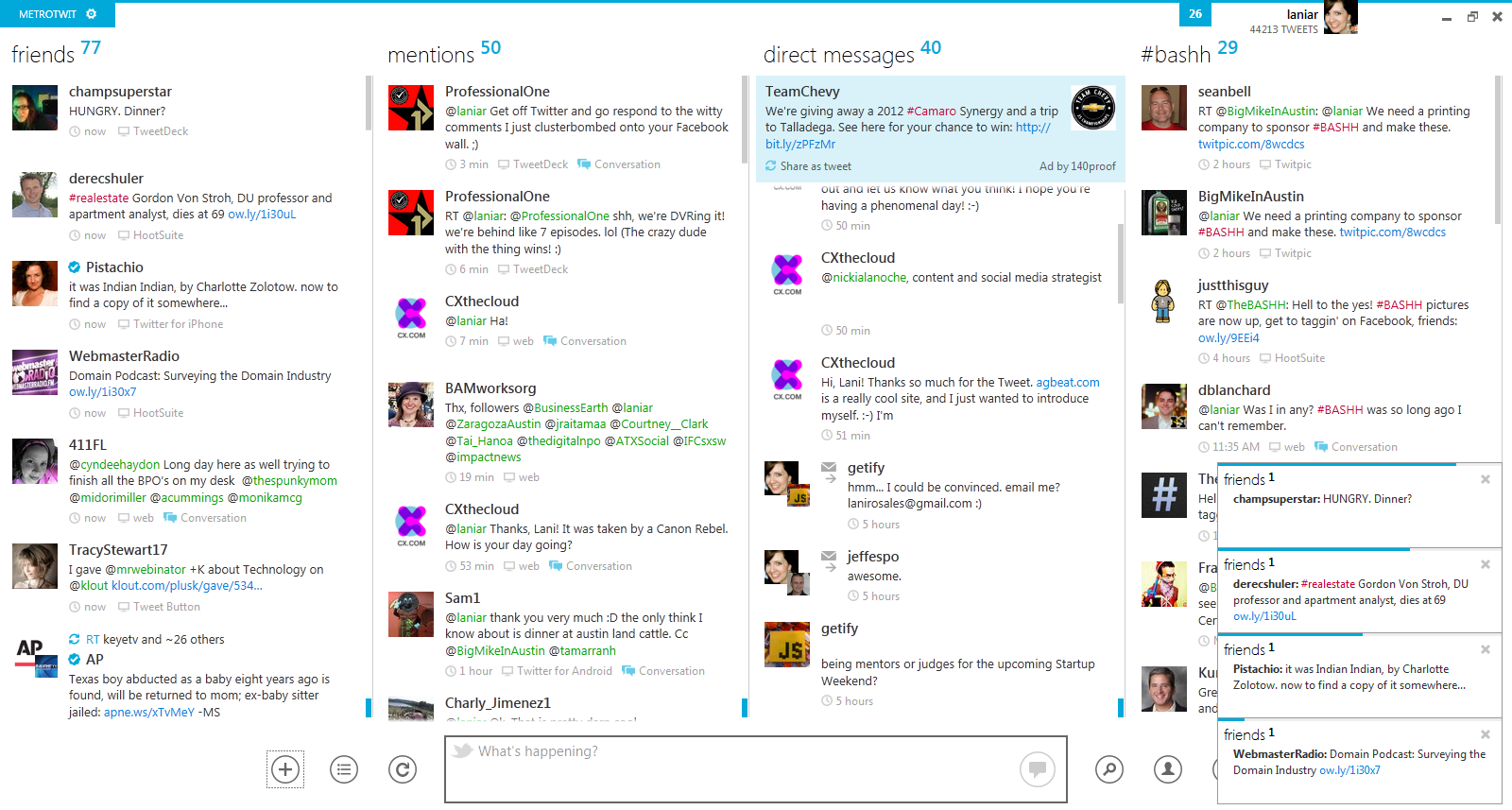 The above screenshot is exactly how it comes, out of the box, with one column added for a hashtag we follow closely. The client is free, but as seen above in the “Direct Message” column, it features an ad which can be removed with the pro (paid) version, but you do have control in the settings over which column this ad appears in. Picture previews pop up so you don’t have to leave MetroTwit, an annoying byproduct of several other clients, and columns can be resized.

Theme colors can change and if you’re a fan of a black background with white font, that is also an option. MetroTwit offers spell checking and auto-completion of Twitter handles, and of course users can change the font size larger or smaller, although the stock setting is so very easy to read and beautifully designed. We are ultra enthusiastic about the infinite scrolling which is another competitor limit that has bothered us.

Users have full control over alerts, their frequency, what they are alerted about, and even what position on the screen they pop up. As with others, MetroTwit offers control over which URL shortener is used, what photo service is the default, and offers TweetLonger on tweets over 140 characters.

The company says, “The vector-based user interface powered by Windows Presentation Foundation works and looks even better in high DPI.”

Beauty, simplicity and some bonuses:

MetroTwit is stunning, just like the Windows 7 phone (even though most of the AGBeat team is on Android, we still admire the design of the Windows 7 phone), and so far, it has run much faster than TweetDeck and has not crashed, likely due to being native to Windows.

For “Plus” users who have paid the one-time fee of roughly $16 for the license, multiple-accounts are supported “so that users can quickly and easily switch between different personas for work or fun – view and tweet as if you were one.” The project is in beta, but is available by clicking the image below to install:

The most dramatic bonus from Microsoft is the Twitter visualizer that is less quirky and silly looking than many visualizers available, and AGBeat will be using this product at our events (click to download):