Before you kill the messenger, please note:  I didn’t say it!!

This was a comment from an individual (dubbed “Stu”) at the last company with whom I was employed.   I found that interesting, as a big part of the business incorporates social.  And, I Tweet, so I took it a bit personally.

WTH did you say?

How did I respond?  Two ways:  First, verbally.  As polite, and as office-PC as I could muster, though the look on my face may have given me away.  It started with:  So is Guy Kawasaki a loser?

“Brandie – Guy is too important to waste his time on that – he’s got people do it for him”, then some other thoughts and opinions on people using Twitter, blah de blah de blah.  Even though I was armed with data and statistics, Stu was standing firm on his opinion of Twitter and I wasn’t going to fight for that hill.  (By the way, the second response was snarky, yet I managed to keep in my head.  I’ll forgo sharing it.)

Once the snarky voice in my head quieted, I started down a different path:  Stu represents a viable customer for the business and fits my demographic perfectly (~ 40, high income earner, real estate enthusiast, avid RE investor, etc.) and probably has a like circle of friends.  I needed to know how to reach that group, so I asked about the social networking activities in which he and his circle of friends participate.  “Golf”.    As for his online networking?  “LinkedIn.  All the time.”

I checked LinkedIn – not a super user.  In fact, hardly a user at all.  Interesting how differently people define “using” social media and networking sites.  Neither is wrong, opinions are subjective, right?  I could only conclude that despite his definition of utilizing social networking, not only is Stu is not web savvy, but his use of social media is all but non-existent!  (Not to mention his opinion of social media leads me to believe he, and others like him, will be very late adopters – if ever.)

I don’t want to leave money on the table!  I needed a strategy to run in parallel to social media to find people that fit my desired demographic profile, are not SM enthusiasts nor internet savvy (though they believe themselves to be both) then get them to engage online.  (Right about now, I’ll bet you’re thinking “wow, you corporate marketing types get to do all the fun stuff!” Oh, yeah.  It’s a party)

You are ahead of the curve!

Believe it or not, we really are just at the beginning of Social Media wave.  In years to come, it will morph – probably into being the norm, as I’m sure we will see integration with television and other mediums – but for now it’s just beginning.  It’s only been in recent years that the web has become the #1 starting-point for homebuyers.  By web, that means sites like Realtor.com and other mass listing sites.

That said, your potential clients may not be throwing sheep on Facebook or on LinkedIn looking for business opportunities.  So, some of your social marketing efforts may need to be (gasp) in person.  Yes, it takes time to build these personal relationships.  But, the upside is you will do it among people with whom you share a common interest and perhaps even have some fun!

p.s.  Surprisingly, Stu is now on Twitter.  He has 1 follower, is following 12 people and has yet to update. 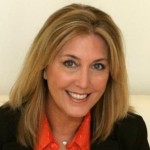