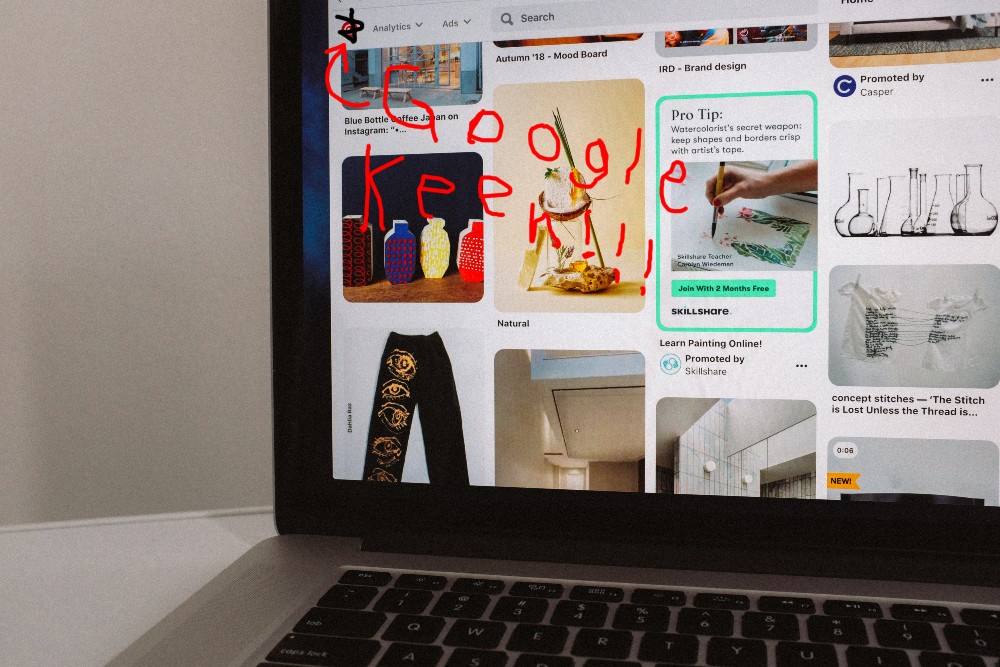 It’s not hard to see why Google might feel a tad encroached upon by Pinterest, a photo-sharing and search-based platform; while Pinterest’s impact is relatively small in terms of taking traffic from the G-people themselves, any competition is unwelcome in Google’s eyes–perhaps justifying their move toward creating their own version of Pinterest.

Google Keen isn’t a direct ripoff–after all, they changed the name–but the general principle is the same: Users can create a “keen” for a specific visual topic, thus allowing them to search for, and add images of that topic. Google was quick to cite “bread” as a possible topic, which, according to Social Media Today, is a direct nod to recent Pinterest trends.

Subtlety never was Google’s strongest suit, and that seems to be a theme they’re reiterating here. Perhaps that’s why the Google Graveyard, a site we’ve addressed in the past, is full of tools that didn’t live up to their original inspiration (one of the latest additions being the half-baked Google Hangouts). Google Keen shows promise, but one can’t help but remember how Google’s Circles feature fared in Facebook’s shadow.

Keen is available for web and Android platforms, which answers one question while raising a few more. For example, while it makes sense that Google would brand Keen for their own smartphone audience, iPhone Google usage is notably high, and the Pinterest crowd loves a clean aesthetic (that’s another point in the Apple camp). As such, it might be in Google’s best Pinterests–I mean, interests–to implement an iPhone presence for the app as well.

It is worth noting that Google has taken deliberate inspiration from Pinterest in a lot of ways. So Keen may be a way for them to tout their adopted features and familiarize users with them so that, in the long run, they are able to begin migrating traffic back to their own platform from Pinterest. In a time in which any competition may open the door to disaster down the road, this is a move that, despite skepticism, makes sense.

After all, the Google Graveyard is operating at capacity, yet the tech behemoth continues to chug away. Who knows where their newest “innovation” may take them?