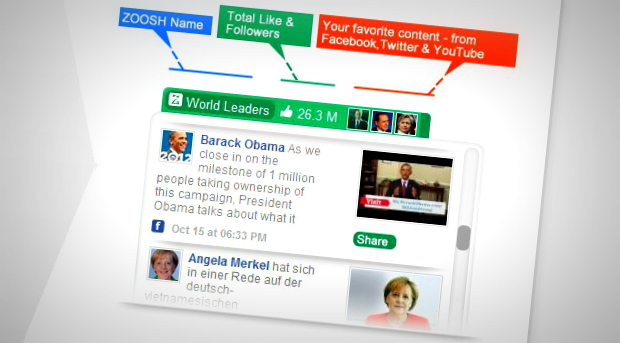 We recently reported on Zooshia.com, a new startup that combines Facebook, Twitter and YouTube updates into a single stream that can be embedded into a website via one widget. We were impressed with the potential that the startup had to kill what we call widget abuse, as many small business websites feature a single widget for every single social media profile they have.

We noted, however, that the updates pulled in from these networks would likely go unshared and unnoticed because the “share” button said “Zoosh it!” which we opined would not make sense to consumers and would defeat the purpose of featuring social network updates on a website.

Zooshia took our constructive criticism, changed the green button to “share” which we believe is much easier for conumers to understand. Often, when startups hear criticism of their product, they become defensive, but Zooshia listened and implemented change which reveals a company willing to serve the public based on their input.

In this article:News, Social Media, Zooshia