You don’t have to be a techie to get excited about an Apple launch event!

Tuesday, March, 8th 2022, saw an exciting Apple Launch event. The event was streamed virtually, on the Apple website as well as on Youtube. Since the release of faster new Macbooks and high-end iPads in Spring of 2021, Apple fanatics were rumoring about the release of a new, affordable iPhone (always referred to as their SE model) and possibly the release of new, midrange iPads. Fans of Apple were also hoping to hear about the release of iOS 15.4 and its upgraded features. ( iOS 15.4 is the operating system used across all Apple devices.)

The new products and features announced were even better than the rumors! First, the iPhone 13 series (pro and regular) got an unexpected facelift, with the regular being offered in green and the Pro and Pro Max now being offered in Alpine green. They also boast ceramic surfaces to make them the most durable iPhone yet, as well as a new wide-angle lens for the camera, the A15 Bionic chip, and the Super Retina and Super Retina XDR displays, for the clearest display ever. Not everything from Apple is perfect, some are a doozy, but we are excited about the new devices and upgrades.

Second, the long-awaited iPhone SE 3rd gen just dropped! A more affordable option to the standard iPhone model, the SE will run you 429$ for the base model at 128 GB, while still affordable when compared to other iPhone models, the SE from 2020 (aka the SE 2) is more competitively priced with Android models. Despite this, Apple claims the new iPhone SE 3 is faster than any competitor at any price. The SE 3 received an upgrade in durability, is waterproof, comes with the A15 chip (same as the iPhone 13), comes with a battery upgrade, and now supports 5G. Same as the SE 2, it is the only model that keeps a home button and the same display capabilities as the SE 2, such as a 4.7-inch Retina display and a 60Hz refresh rate. It will, of course, come pre-installed with iOS 15.4. As for the camera, it stays the same as the iPhone SE 2, which is a single, 12-megapixel wide-angle lens. The camera software will be upgraded, however, allowing the user to choose different photographic styles to get the perfect shot. Considering upgrading? It is 2.2x faster than the iPhone 8, 3.7x faster than the iPhone 7, and 5x faster than the iPhone 6s!

The new iPad Air is thin, portable, and powerful and the newest iPads just got a major computing upgrade, with Apple’s M1 chip. This chip upgrade gives the new iPad air a 60% performance increase. The M1 chip is already found in the iPad Pro, meaning you could get similar computing powers in a more portable and affordable design. Users will also see 2x greater graphics performance as compared to the previous Ipad air. Similar to the iPhone SE 3, the iPad air models will support 5G. Large data transfers? No problem! The new iPad Air will have a USB-C port that is 2x faster, for faster file downloads, transfers, and sharing! It is also 2x faster than competing tablets, and 2x faster than a Windows laptop. Prices remain the same with an iPad air costing 542$ for 64GB. 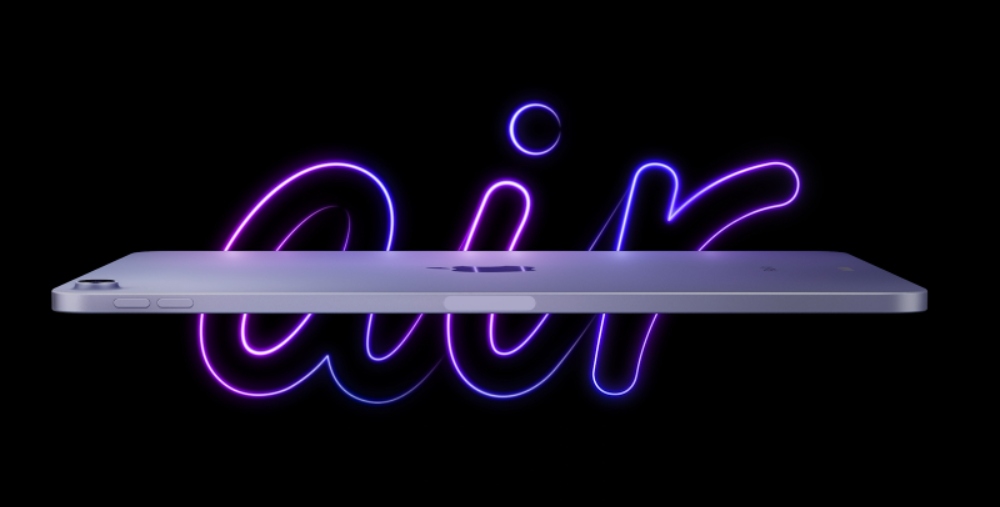 Though she is little she is mighty, is a phrase that applies to Mac Studio, Apple’s newest CPU. At only 7.7” X 3.7” it’s ultra-compact and designed to fit perfectly under any Apple monitor. It contains a unique thermal system with a double-sided blower, with a circular perforated base allowing air to be pulled through the entire system. The air then gets pulled through the exhaust, which contains 2,000 tiny perforations, ensuring your CPU stays cool! Mac studio also houses the M1 Max chip which is 2.5x faster than the 27 inch iMac and 50% faster than the Mac Pro. The GPU performance is 3.5x faster than its predecessor, the 27 inch iMac. Better still, it’s faster than the Mac Pro (Radon Pro) by 3.4x! This Mac will run you 1999$.

Apple also unveiled a new M1 chip, the M1 ULTRA which is joining the M1, M1 Pro, and M1 Max lineup! The most powerful chip yet is sure to transform the way you work. The new M1 ULTRA outperforms even the M1 Max. Mac Studio with M1 ULTRA is 3.8x faster than the previous Mac 27 in. (Which, until now, was the fastest 27 inch iMac.) Mac Studio with M1 ULTRA outperforms the Mac Pro (16 core Xeon) in speed by 90%. Even the Mac Pro gets eclipsed by the Mac Studio with M1 ULTRA chip! Mac Studio M1 is 60% faster than the 28 core Mac Pro, regarding CPU performance. Quality isn’t cheap, as this Mac will run you $3,999, though it runs the highest performance for the lowest price! The studio display is 5k and starts at R’s 1,59,9,000.

Of course, it’s as aesthetic as ever, with a slim profile design, housed in all aluminum and the display stand can be tilted up to 30 degrees, or you can choose a tilt and height-adjustable stand option to customize your workspace even further. It also features a counterbalancing arm to make the display feel weightless! It even features a 12 MP ultra-wide camera, in case you want to look good in your next virtual meeting! For the first time, it will include Center Stage and three-way microphones (with a low noise floor), for really, really, ridiculously good-looking and sounding video conferencing abilities! The studio display starts at 1599. Oh, and if you’ve been eager to update your iOS, you’ll get your chance next week when iOS 15.4 comes out! It brings with it bug fixes, universal control features for iPad, new Face ID features that include the ability for a user to be recognized with a mask on (while modern problems require modern solutions, I hope this feature isn’t necessary for too much longer) and users will be getting a new set of emojis (Although this might be controversial, I for one, feel Apple has too many emojis already.) The best part about any Apple operating system? It brings improvements while always being free to download!