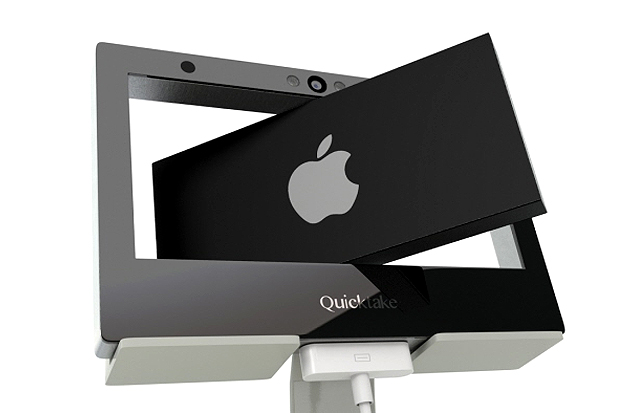 From designer Joseph Dumary, known for his concept designs like the PlayStation 4, LaCie Mouse HDD concept and the Xbox Prestige, comes a new technology concept design for what he and others hope is the next generation of innovation in Apple accessories and devices.

Dumary added, “This is the first camera in the world with a lens that can rotate a few millimeters to the right or left to better focus in manual focus or auto focus with technology Eyefocus +. A camera like a smartphone, easy to use whether you are amateur or professional. The wide screen retina, HD, displays images ever seen on a camera screen, navigate through the options with ease, can be rotated to make a self portrait. System with voice control, you can take a picture, saying Cheeseeee! you can now talk to your camera and it will recognize your voice!” According to Yanko Design, below are the full specs for the Apple Quicktake concept. 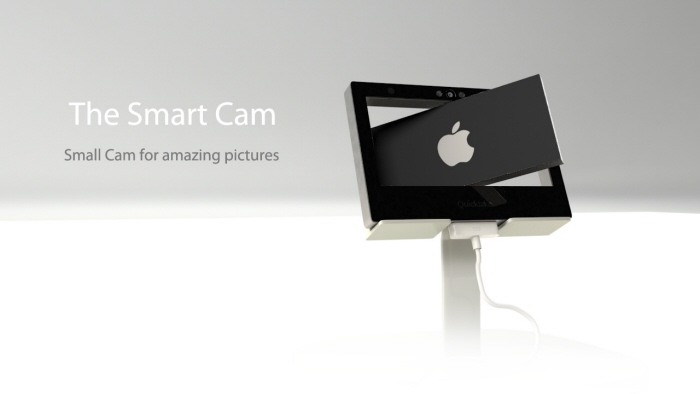 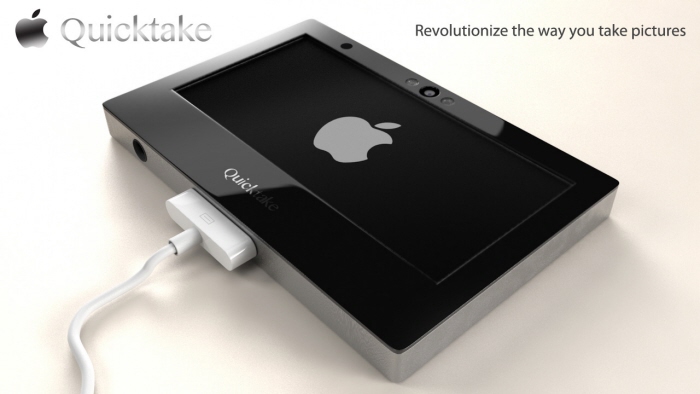 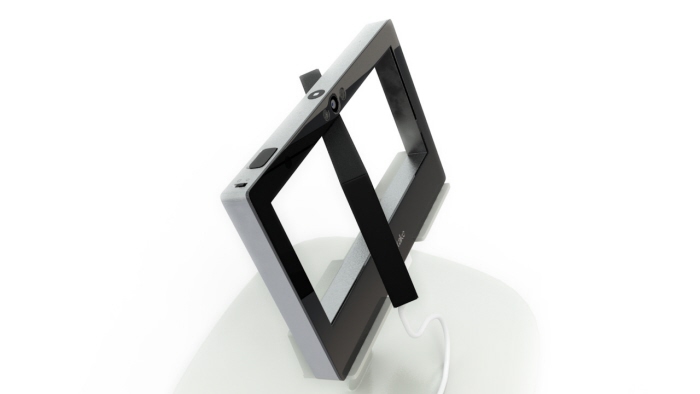 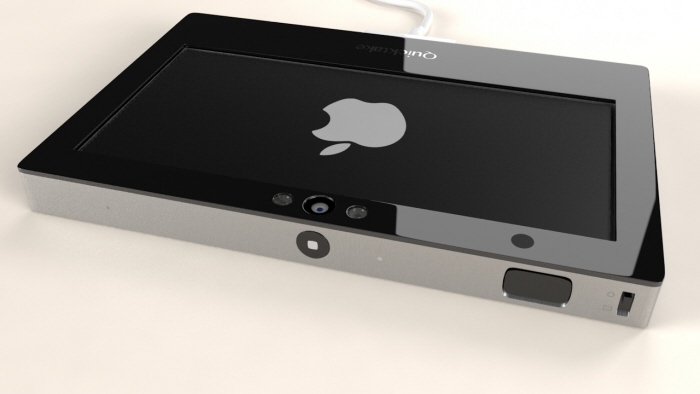 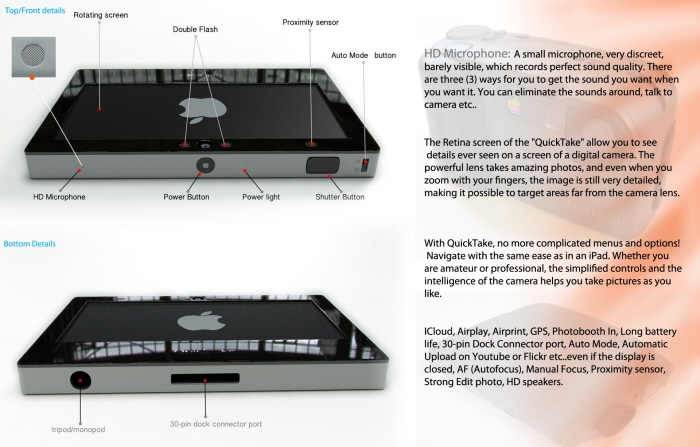 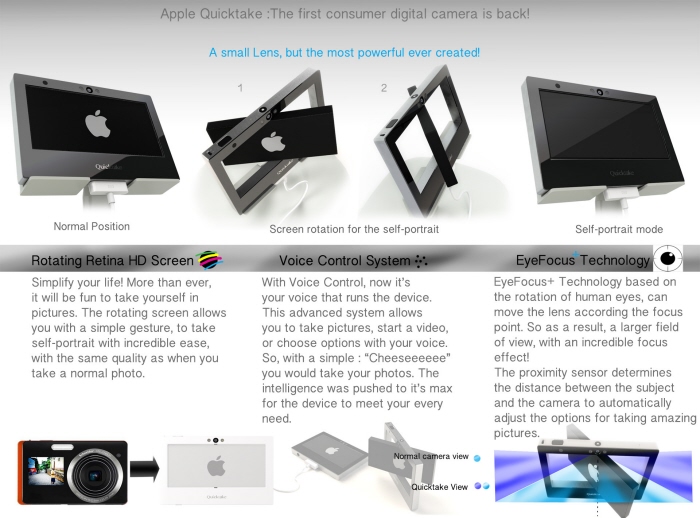 In this article:apple, Digital Camera, Technology