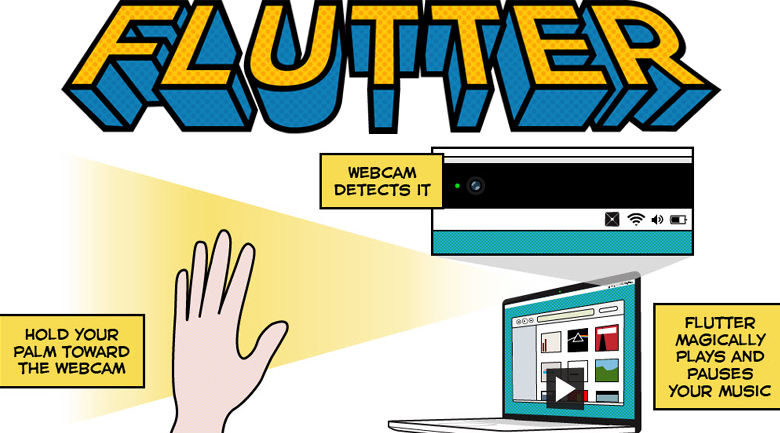 Google has acquired Flutter, a three year old startup that allows users to control applications on their desktop or device using hand gestures, and while no price was disclosed, the acquisition was rumored to be for $40 million. It has been hailed as the “Kinect for OS X,” and with a Windows version, the company has already made tremendous headway toward controlling computers via hand gestures tracked by a computer’s camera.

The technology uses image processing technologies, turning a gesture into a specific command in supported applications, which many already use to pause and play songs or forward to the next with a simple hand flick, never touching the device.

Google said in a statement, “We’re really impressed by the Flutter team’s ability to design new technology based on cutting-edge research. We look forward to supporting and collaborating on their research efforts at Google.”

It remains unstated whether or not the app will work on Android, but it would not make sense to acquire Flutter and not find a way to implement it on Google devices. It already works via Chrome extension, so it stands to reason it will at least be integrated into the Chrome OS and Chromebooks in the future.

Flutter CEO Navneet Dalal said on the company’s blog, “We’re inspired everyday when we hear, for example, that Flutter makes you feel like a superhero — because any sufficiently advanced technology should be indistinguishable from magic, right?”

Magic? No – the next obvious step in technology. The five senses are being used creatively to interact with the world around us, from iOS 7 being safeguarded with fingerprint technologies to other tools following eye movements as controllers, even blink-activated ad campaigns. The world is changing quickly and the Kinect has paved the way for these innovations to be possible.

We suspect, however, that this talent acquisition spells changes for Google Glass, which would be dramatically improved with gesture recognition rather than just voice directives.